The silver lining of Covid-19: Aussies go above-and-beyond to support others 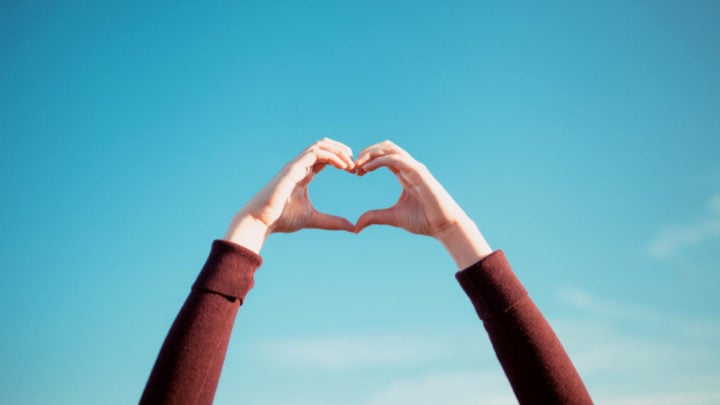 Aussies have gone out of their way to help others amid the coronavirus outbreak. Source: Getty

The coronavirus pandemic has been a distressing time for many, with self-isolation guidelines putting distance between families and health issues limiting the amount of time spent outside the home.

Supermarket trips have been done sparingly to avoid the spread of Covid-19 and usual activities have been put on hold for the time being. It’s been a challenging period for many across the world, but amid the devastation, there’s been a silver lining – people have come together (though apart) to support each other. Neighbours have gone out of their way to help elderly members of the community who are forced to stay inside to protect their health, strangers have donated goods to those who have found themselves out of work and small businesses – although struggling financially – have helped communities stay on their feet.

Consumer advocate Choice is celebrating some of those businesses who’ve gone above-and-beyond to help others amid the crisis through the Shiny Awards, with Aussies encouraged to nominate businesses and staff who have displayed compassion, kindness and generosity during this time.

“Kindness during Covid-19 should be recognised,” Choice Managing Editor Mark Rafferty said. “The Shiny Awards are a recognition that there are some businesses out there doing everything they can to help the community through Covid-19. Whether it’s one staff member delivering essentials to people in need or a whole business changing their policies to help the community, we want to hear it.”

Meanwhile, Starts at 60 community members have reached out to say thanks to those who have made these past months a little easier. Some have experienced family members going above-and-beyond to support them, while others such as Bronwyn Scobie have witnessed the kindness of a local business.

“Since closing its doors at Terriror Aurburn restaurant in Clare Valley, South Australia owners Dan and Annika Moss have been dishing up a free community offering every Wednesday night,” she said. “They have cooked up to 150 portions each week. Some of the produce is from their garden and the community is also donating fresh produce. Thank you to both for the nutritious meals, we’re blessed we live in this small community.”

As for Kay Little, a kind gesture from another local business has left her in disbelief and extreme gratitude.

“Our solar panels needed a clean,” Kay said. “I contacted the installer and he came out the next day and did it for us. The best part [is] he didn’t charge us. I couldn’t quite believe it, so beautiful a gesture. I’m still shaking my head in amazement.”

For others such as Maureen McChrystal, the kindness has been a little closer to home, with her children and neighbour extending their help during the trying times.

“We’re so blessed, first our freezer full of food broke down, all the food wasted, then our next-door neighbour heard of it [and] came and loaned us a chest freezer,” she said. “My granddaughter, son and daughter replaced the food and Lou repaired my own freezer and brought it back yesterday, so there are angels in this world.”

University of Queensland social psychologist Dr Fiona Barlow has commended Aussies for supporting each other during these trying times and said even a small act of kindness can have a huge impact on a person’s life. Speaking to the ABC recently, she said when someone does something kind for another they’ll feel obligated to replicate the gesture creating a kind of snowball effect.

“A small act of kindness for one person may have a huge knock-on effect, creating a cascading effect of kindness,” she said. “With every positive behaviour, we have the potential, I think, to make a difference in isolated people’s lives as well as to encourage those around us to act in the same way.”

Have you experienced a kind gesture from a family member, friend, local business or complete stranger amid the Covid-19 outbreak?