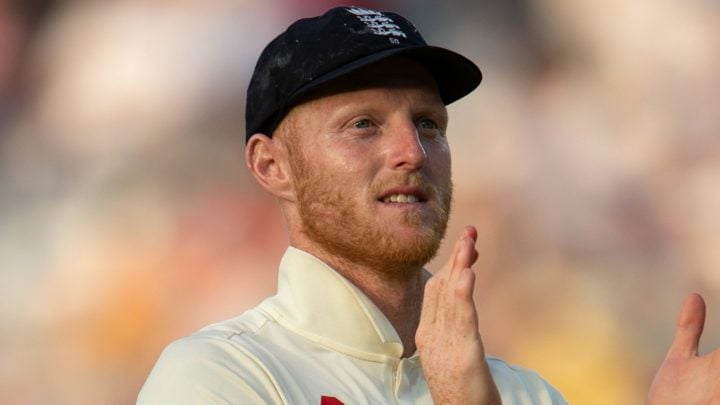 British Ashes legend Ben Stokes has hit out at a UK tabloid for profiting from his siblings’ murder more than 30 years ago, after they ran a front-page story exposing an incident that is deeply personal for the cricket star and his family. The Sun ran an exclusive front-page story about the murder of Stokes’ half-sister Tracey and half-brother Andrew, who were both killed by Stokes’ mother’s ex-partner three years before the cricket star was born in 1991.

They were just eight and four at the time, with The Sun’s front page featuring a picture of the siblings and the headline, ‘Exclusive: Tragedy that haunts Stokes’ family. Hero Ben’s brother and sister were shot dead’. The article featured an interview with the killer’s daughter from a previous marriage and a family source, as well as photos of Stokes’ siblings’ graves and childhood photographs.

Issuing a statement after the paper hit newsstands across the UK and images of the front page circulated on social media, the 28-year-old vice-captain of the England Test team described the article as “immoral” and “heartless”.

“Today The Sun has seen fit to publish extremely painful, sensitive and personal details concerning events in the private lives of my family, going back more than 31 years. It is hard to find words that adequately describe such low and despicable behaviour, disguised as journalism,” the statement read.

Stokes explained that his family has worked hard to deal with the private trauma associated with the tragic events for more than three decades and taken great care to ensure details were kept private. He claimed that a reporter from The Sun arrived unannounced at his parents’ home in New Zealand to question them about the “incredibly upsetting topic”.

“If that wasn’t bad enough, The Sun think it is acceptable to sensationalise our personal tragedy for their front page,” the statement continued. “To use my name as an excuse to shatter the privacy and private lives of – in particular – my parents, is utterly disgusting.”

The 2019 Cricket World Cup winner said he acknowledges that his public profile comes with certain consequences, but said he wouldn’t allow his status in the public eye as an excuse for the privacy of his parents, wife, children and other family members to be invaded. He said the details could have “grave and lifelong” consequences for his mother.

Elsewhere in the statement, Stokes insisted The Sun’s report was the lowest form of journalism that only focused on making a profit with no regard to the devastation and consequences it could cause. He continued: “The article also contains serious inaccuracies which has compounded the damage caused. We need to take a serious look at how we allow our press to behave.”

The Sun has since issued a statement on its website, with a spokesperson for the publication saying: “The Sun has the utmost sympathy for Ben Stokes and his mother but it is only right to point out the story was told with the co-operation of a family member who supplied details, provided photographs and posed for pictures.

“The tragedy is also a matter of public record and was the subject of extensive front page publicity in New Zealand at the time. The Sun has huge admiration for Ben Stokes and we were delighted to celebrate his sporting heroics this summer.”

The spokesperson also claimed that Stokes was contacted prior to publication and that he didn’t request the story not to be published.

Stokes is one of the UK’s best cricket players and a well-known face in the game. He holds the record for England’s fastest ever Test double-century, the record for the most runs scored by an individual batsman in the morning session of a Test match and the highest ever score for a Test batsman batting at number six. He moved to the UK from New Zealand when he was 12.

Do you think The Sun should have published the story, or is it disrespectful?