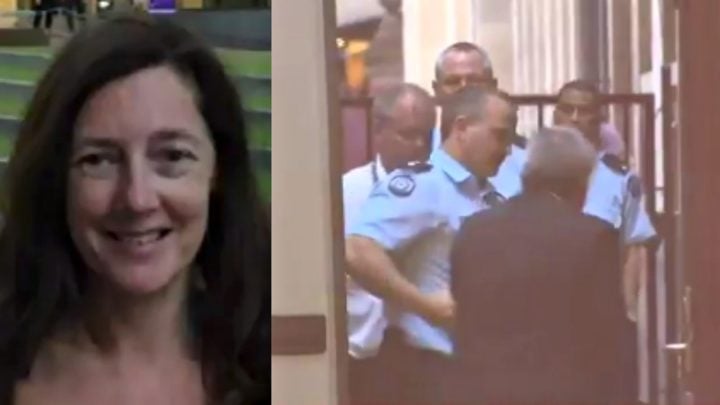 Borce Ristevski has been sentenced to nine years behind bars for killing his wife Karen, just weeks after pleading guilty to manslaughter after years of denial.

Appearing in the Supreme Court of Victoria on Thursday, Justice Christopher Beale sentenced the 55-year-old to nine years imprisonment, with a non-parole period of six years, noting that he has already served a period 0f 491 days by means of pre-sentence detention.

Handing down his sentencing reasons, Justice Beale told Ristevski that the “discount for your plea of guilty will be less than you might otherwise expect” and commented that his “rank deceit” ended only a few weeks ago when the defendant eventually entered his guilty plea.

Ristevski pleaded guilty to manslaughter last month, after the prosecution was forced to drop a charge of murder, despite having previously denied having any involvement in his wife’s disappearance or death for almost three years.

Delivering the sentence, Justice Beale told Ristevski that, had it not been for his guilty plea, he would have been handed a 10-year sentence, with eligibility for parole after seven years. He was also ordered to provide a saliva sample.

“On the morning of 29 June, you and your wife, to whom you had been married for some 27 years, were at home. Your 21-year-old daughter Sarah spoke to both of you before she headed off to work. Sarah was never to see her mother alive again,” Justice Beale said.

“Within a couple of hours of Sarah’s departure you had killed your wife, disposed of her body… and started down a road of deceit you were to continue on for nearly three years. You have not revealed how or why you killed your wife. You may have turned off the road of deceit but have not take the high road… consistent with true remorse.”

The judge also referred to a number of victim impact statements provided by Karen’s devastated relatives, with her brother Stephen Williams stating in his: “It was so difficult to lead my sister’s casket out of church knowing who was leading on the other side.” While the victim’s cousin Lisa Gray said: “The not knowing is worse than knowing. How does someone find peace and acceptance when we will now spend the rest of our lives wondering what happened that morning.”

However the judge also highlighted the fact that Borce and Karen’s daughter, Sarah Ristevski, had rejected the offer to provide a victim impact statement, instead writing her father a “glowing character reference”. The 23-year-old was present in court, but is thought to have watched proceedings from another room.

“I can confidently say that in my 23 years I have never witnessed any form of violence between my mum and dad,” her reference stated. She also said: “The love we had for each other was unexplainable, and everyone in our lives saw it. The love they had for each other from people who were not a part of their lives, and I can’t stress enough how this has affected my dad.”

Karen Ristevski was 47 when she went missing in June 2016 and her remains – described by Justice Beale as “significantly decomposed” – were discovered under a log in bushland by horticulturists almost eight months later, in the Mount Macedon Regional Park on February 20, 2017.

The fashion boutique owner went missing from their Oakley Drive home in Avondale Heights, Melbourne. At the time Borce, who was the last person to see Karen alive, told police she left the home to clear her head after they’d argued, but, after failing to return the next day, he reported her missing. Ristevski was charged with Karen’s murder in December 2017.

#BREAKING: Sarah Ristevski has arrived at court seemingly in support of her father Borce who is to be sentenced today for her mother Karen's 2016 killing. #9Today pic.twitter.com/dRN1PzGgH3

Sarah’s heartbreaking statement, which was made public by the Supreme Court of Victoria in March, came after Borce’s son Anthony Rickard publicly claimed that he knew his father killed his step-mother in an exclusive interview with 7 News.

Rickard, who is Ristevski’s son from a previous relationship, said he could see “in his father’s eyes” that he was guilty of killing his wife from the moment he first made a public plea for her safe return. And, despite his father yet to speak out on what happened following his recent shock admission, Rickard also claimed to the news outlet that he “obviously choked her [Karen]” at the family home in Melbourne.

He also claimed to have convinced his father to plead guilty to the manslaughter of his wife Karen by threatening to reveal secret details into a shocking family affair. Speaking exclusively to news.com.au, Rickard revealed he had threatened to speak out about his alleged sexual relationship with stepmother Karen if asked to give evidence during a murder trial.

During today’s hearing, Justice Beale also dealt with an application from several media outlets to gain access to the Victorian Police Service’s brief in relation to the case – which he initially denied at a plea hearing in March. The application was once again rejected, with Justice Beale adding that the media have already been provided with the “necessary information” to meet requirements for open justice.