Top warning signs: How to avoid falling victim to a love scammer’s tricks 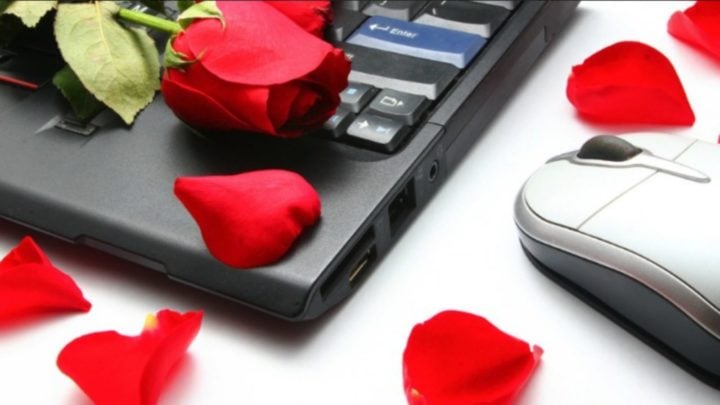 It's incredibly simple to fall victim to an online dating scammer. Source: Getty.

Dating can feel like an uphill battle at the best of times, especially in today’s society where traditional courting has been replaced by a seemingly endless stream of dating websites. And with more accessibility and the hidden nature of the internet, it’s sadly seen a major rise in crafty scammers conning people out of their savings under the pretence of love.

Last year alone, 3,981 Aussies lost a total of $24.6 million to romance scammers in just 12 months – with 2019 already seeing another 2,600 people report losing money through similar deceptions, according to Scamwatch. But there are some tricks you can try to help you catch a scammer and stop them in their tracks when you first start chatting online.

Over-50s dating site Lumen has now doubled down on cons like this with a series of security checks – including a photo verification test – for anyone trying to sign up. The team have now issued a series of warning signs for older Aussies to look out for when starting out online, while real-life victims also shared their experiences with Starts at 60 in an effort to stall the rise in scams once and for all.

The average relationship scam spans five and a half months – giving the scammer time to gain your trust, get to know everything they need to about you, before finally making you fall in love with them. More worryingly still, the ACCC reports people over the age of 45 account for 50 per cent of all reported dating scams in Australia.

“Dating is very different today than it was 30 years ago. Unlike younger generations, older Australians haven’t grown up with constant access to the internet. With the rise in online dating apps, and not enough awareness of online safety, the demographic is at risk of falling victim to catfish scams,” Charly Lester, co-founder and CMO of Lumen, said.

Issuing some tips on how to spot that someone is lying about who they really are, Lumen suggested keeping an eye out for them making excuses about why they can’t meet in real-life. Someone who only wants to speak online – and not even via a video call – is likely trying to hide their identity for a reason. Meanwhile, a major red flag is when they don’t appear to have any other social media accounts, or accounts with very few friends or followers – which may signal they’ve made one in a hurry to cover their tracks.

Some scams can develop quickly and, once you’ve been speaking for a while, if you notice they are beginning to ask for financial help before you’ve actually met them – it’s likely a scammer. And of course, it’s always worth following your gut instinct, if they don’t seem right they likely aren’t.

Aussie mum Keti Govic, 54, tried online dating for the first time around six years after her husband died suddenly. And while she’s been fortunate enough not to have been scammed yet – she admitted she’s had some bad experiences with men lying about their real age.

Offering her advice on how to spot that someone’s hiding the truth, she told Starts at 60: “Ask them, ‘How old are you REALLY?’ Ask a lot of questions, ‘What do you really do?’ and ‘What’s your age?’ If I notice they’re being a bit evasive I’ll ask to do a live chat via Whatsapp, I want to see you, and then they drop off! You can always block them thereafter, you’re in control.”

One woman who wasn’t so lucky was Jan Marshall, 65, who ended up losing a staggering $260,000 after falling in love with a man online – unaware he was actually a sophisticated scammer lying to her from the very start. Now left penniless, Jan has done extensive research into romance scams as well as setting up her own website and speaking to many others who have suffered a similar fate – pinpointing a “known pattern” of red flags that she, and others, fell for along the way.

Among her warnings, she said it’s best to avoid exchanging personal details like phone numbers or emails too early, while also checking their dating profiles thoroughly for any inconsistencies with what they’re telling you. She also warned people to be wary if the person they’re speaking to tries to move the online relationship too quickly and professes strong feelings before meeting.

Lumen reiterated Jan’s advice about holding back personal contact details, suggesting that you always keep communication on the dating app or website where it can be moderated and you can easily block or report someone for suspicious behaviour. Meanwhile, if you’re particularly worried, opt for a dating site with security like a photo verification or anti-scammer software.

Another valuable trick is to double-check the information someone gives you on websites like LinkedIn of Facebook, to check they are who they say they are. Incredibly, some apps even use GPS signals so it’s possible to check where someone is located when you’re speaking to them – ensuring they are where they say they are. And finally, always avoid providing personal information which could be used to steal your identity.

Have you ever fallen victim to a love scammer? Do you know someone who has been?