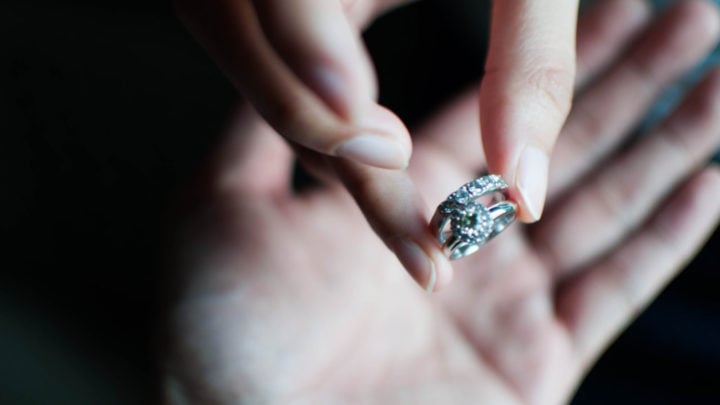 Getting divorced in later life can be particularly tough for older woman, says a leading lawyer. Source: Getty.

The breakdown of a relationship can be tough at any age, as you come to terms with being on your own and saying goodbye to someone you once loved. However the prospect of making a fresh start as a single person can be much more daunting when you find yourself getting divorced in later life, perhaps having spent decades with the same significant other.

With so-called ‘grey divorces’ becoming a growing trend, as more couples across Australia decide to officially split after drifting apart, a lawyer has now revealed the gruelling toll this can have on seniors, stressing that the impacts can be particularly tough for women.

Family law specialist Jennifer Hetherington says the trend – which she accredits to couples questioning the longevity of their relationship once their children have grown up and flown the nest – is causing financial hardship for female Baby Boomers at a time when they may be expecting to enjoy retirement.

She said: “With grey divorces you have this unusual transition where a couple change from having a joint objective for their finances and assets to effectively two individuals trying to carve up a lifetime’s accumulation of assets and make a fresh start.

“Unfortunately research has shown that grey divorce can take a particularly serious financial toll on older women. At an age where they may be expecting to coast to retirement, sometimes unexpected factors lead to divorce. These can include longer life expectancy, the popularity of remarriage, more financial autonomy for women and changing views of marriage.”

While Hetherington acknowledges that divorce can be difficult for people at any age and regardless of gender, she said there are certain social aspects which may intensify the distress for women over the age of 60. For example, many women in this generation may not have established careers of their own, perhaps staying at home to raise children while their partners went off to work. While many women may have left the family finances to their husband, leaving him to deal with home loans, bill and household costs.

“It’s not uncommon to find women for whom their husband always handled all the finances and suddenly they are faced with trying to start over again or worse, deal with someone who tries to hide money or assets,” she added.

“I still encounter many women who have no idea of the family finances as they left it all to their husband, as they trusted him to do the right thing.  There’s nothing wrong with that – when people are married for a long time, they each take on their own roles in the relationship and it doesn’t mean to say that the husband has hidden anything– but we have to get information to know what the situation is,” she says.

One Starts at 60 community member recently opened up about her personal struggles in this area in a deeply personal blog last month, revealing that she has struggled to find a private rental property after getting divorced.

She wrote: “If a woman is widowed and from this age group, chances are she didn’t work outside the home and had no way of earning and saving or accumulating superannuation. If a woman is divorced, she too more than likely was a homemaker and perhaps only worked full time once divorced.

“Either way, statistics show the single woman over 60 is the most disadvantaged in this country. If you are put on a list for housing, you are quickly put down the list. Families first, and I agree. But for some reason an older couple are also placed ahead of you. Perhaps it’s because they can house two people in the same space as one.”

Hetherington also explained that the divorce process poses unique challenges for those going down that path in their 60s due to the accumulation of assets and superannuation as they edge nearer to retirement, adding that older women can often find themselves in a legal battle to stake claim over their share of a family property. She is now calling for lawyers to better support older divorcees, adding that the industry is currently too focused on those in their 20s to 40s.

“The process of divorce for older couples needs to have an additional layer to help them transition to a post-marriage single life. Older people may not be as “flexible” or adaptable as younger people emerging from a marriage.  We also have to look at retirement and make sure both husband and wife will be able to survive into their golden years.

“What we are not seeing is any focus on the forgotten generation representing “grey divorce”. It’s happening more than people realise and the over 60s deserve far more support than they are currently getting,” Hetherington said.

Have you gone through a divorce? Can you relate to the experiences of the blogger?