This is the real issue deterring Aussies from downsizing 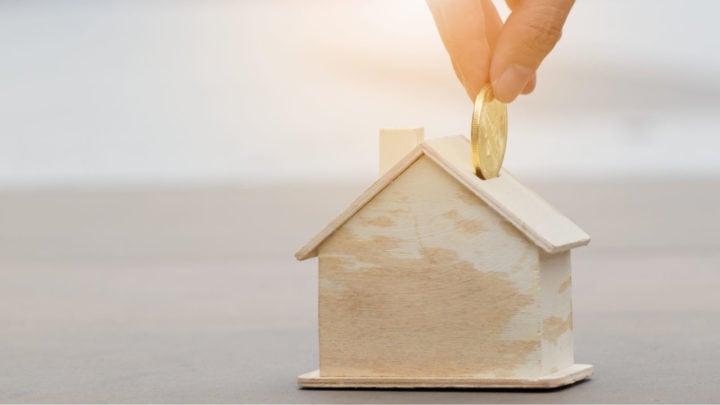 There have been calls to abolish stamp duty in order to encourage downsizing, but the impact on age pension could be a more pressing concern for would-be downsizers. Source: Getty

Ever since the Henry review, there have been rumblings from vested interests about phasing out stamp duty and replacing it with a universal land tax on everybody’s homes. The reasoning is that the cost of stamp duty is a disincentive to move, and people who wish to downsize are stuck in unsuitable dwellings which are far more suited to a younger generation with a growing family.

There is certainly a time when a change of home enters the thoughts of the retired. When I was in private practice I continually heard, “there are now just the two of us rattling around in a house that has become far too big for us since the kids departed and the increasing cost of maintenance is really eating into our savings”.

Of course, the proponents of the abolition of stamp duty are using retirees as a prime example of the need for change. But I have my doubts. Certainly, stamp duty is a disincentive, but it varies hugely from state to state. For example, if a person or couple decided to move to a $750K property the stamp duty and transfer duty would be about $32K in New South Wales, $42K in Victoria, and just $22K in Queensland.

But here’s the rub – many retirees who downsize do not pay stamp duty. These are people who move to a lend-lease community, or a retirement village or to a granny flat – the people who pay stamp duty are the ones who move to another house or a strata title apartment. But there are many other costs apart from stamp duty. These include commission on the sale of the existing residence, the money that is almost certainly spent on bringing the house up to scratch before the sale and then the moving costs themselves. A simple rule of thumb is that the total cost to move is usually about 10 per cent of the property you buy.

Other disincentives include the difficulty of finding a suitable property at an affordable price in the district in which you would wish to live and also inertia. It is common for one partner to be keen to move while the other is reluctant. There are no easy choices but the biggest disincentive of all is the potential effect on their age pension. If like most Australians they receive a partial age pension, they will be reluctant to move because the tighter assets test means they could lose up to $7,800 a year for each $100K converted to financial investments.

Think about a couple, both aged 66, with a house worth $900K, $325K in superannuation, $50K in personal effects such as furniture and motor vehicles, and who receive the full pension. Their house is getting too big, so they are contemplating downsizing to a property worth around $550K. This would free up around $300K.

Once a person reaches pensionable age all financial assets are assessable, whether they are held inside or outside the superannuation environment. They would be converting part of a non-assessable asset, the family home, into an assessable asset — cash. Their total assessable assets would rise to $625K and their pension would fall from $1,339 a fortnight to $589 a fortnight.

They would have to decide if the increase in income they would receive from having an extra $300K invested would compensate for the loss of nearly $20K a year in pension. A further factor to consider is what further capital gain their home might make if they delayed moving for a few more years while the capital in their super ran down. They may well take the view that the combination of that capital gain and the maintenance of the full pension would outweigh the advantages of moving.

The reality is that there are no easy solutions. You can’t make first homes more affordable by encouraging retirees to move, because retirees who are downsizing don’t live in starter homes. And as long as retirees are wedded to welfare they will tend to prefer the certainty of a government-guaranteed pension to the uncertainty of market-linked superannuation, which can fall as well as rise.

You can read more of Noel’s expert advice in his new book, Downsizing Made Simple which he co-wrote with aged care guru, Rachel Lane.