‘This is MY home’: Mum airs frustrations with multi-generational living 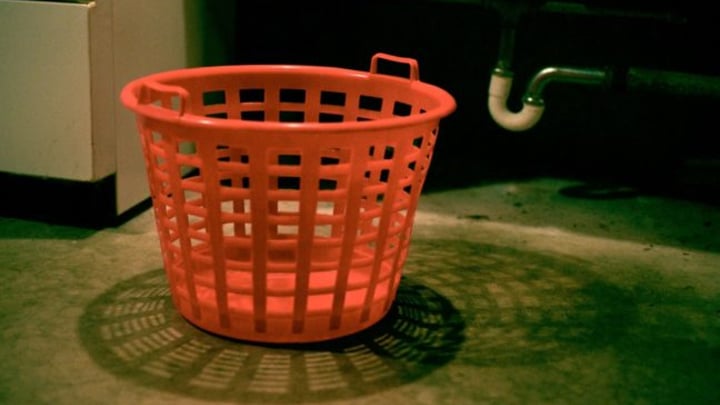 Someone else doing all the laundry may sound like a dream come true - but not for this mother! Source: Getty

Multi-generational living is becoming increasingly popular as both youngsters and their parents and grandparents battle with a rapidly rising cost of living.

The Housing Institute of Australia even suggested this year that granny flats could be the answer to both housing Australia’s ageing population and helping younger generations onto the ladder.

But while having three or more generations in one abode may be a great way to save money, there are certainly downsides, as one disgruntled Mumsnet user said she was learning after her parents-in-law moved into her home.

The woman, posting under the name @newtothisHELP, took to the popular online forum to complain that the experience had caused her “horrible anxiety and borderline depression” – as well as itching due to the washing powder her mother-in-law used.

As she explained to Mumsnet users, the situation had started well; the woman’s parents-in-law sold their home and moved in with the woman and her husband with the expectation that the parents would soon help the couple come up with a deposit for a home that the four would then buy together in the younger couple’s name.

Her husband was the eldest of his parents’ children and he wanted to care for them in their old age, @newtothisHELP added.

“It first, it was OK,” she wrote of her living situation. “I created a huge living room and bedroom for them so they had their own space (TV, bedroom, loungeroom etc). We were not in each others’ way as they lived upstairs and we lived downstairs.”

Read more: Living with your adult children: How to keep the peace

She went on to say, however, that it soon became clear that her mother-in-law was a frenetic housekeeper.

“My MIL can’t sit still and is constantly cleaning, doing washing and chores that are not required as I have cleaned the house,” @newtothisHELP explained. “She will go into my bedroom, into my walk-in and take my basket of washing and wash and fold the clothes.”

As well as dominating the laundry, the mother-in-law cooked too often, she added.

“The same goes for cooking,” she wrote on Mumsnet. “I prefer to make dinner as my son is a fussy eater. We love pasta, the in-laws hate it so we don’t eat it often now and my son misses out.”

While these may seem like unusual complaints, some of the irritations were less unusual – such as the parents-in-laws’ fondness of a tipple, which led to arguments. “The whole street can hear their constant back and forth, yelling/arguing about events that happened in their lives over 10+ years ago,” @newtothisHELP described.

“We are about to start looking for a house with them [but] I know she will just take over … I am really struggling with this.”

Most Mumsnet users advised the woman not to buy a home with her mother- and father-in-law.

“This isn’t working. Get out now!” @JasonPollack said. “Either find a split property with a door lock and then rigorously enforce boundaries or sit down with your husband and tell him you’re sorry but you can’t do this. This is your home. It will be worse when you move.”

But a few were more measured.

“There’s a family near me with this sort of set up and it clearly works for them as they all seem very happy, but it takes an awful lot of give and take and good will on all sides for this sort of inter-generational living to work and from what you’re saying your in-laws don’t seem to understand that,” pigsDOfly said.

“It might work if you can buy a HUGE house between you that can be divided up into yours and theirs,” Bluerussian noted.

And others suggested asking the parents to gift the money for a deposit on a new home. And at least one pointed out that effectively giving away money by helping their son and his wife buy a home could impact the older couple’s rights to a state pension.

Would you live happily with your daughter-in-law? Would you have been OK with your mother-in-law moving in?