Risky business: Creating a DIY will could leave you thousands out of pocket 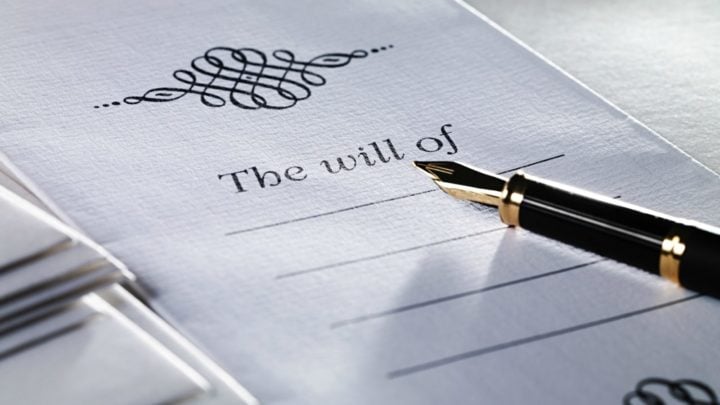 A lawyer has warned against homemade wills claiming many do not meet the legal requirements. Source: Getty

Australians have been urged to reconsider creating their own wills instead of seeking legal assistance, amid fears they could find themselves tens of thousands of dollars out of pocket.

While a DIY will may seem like the perfect way to reduce costs, one prominent lawyer has now warned against filling out the paperwork alone unless you know exactly what you’re doing – with many hidden costs creating huge problems for people across the country.

Speaking about the growing trend, Bennett & Philp lawyer Geoff Armstrong said homemade wills often result in a flurry of complications including drawn out time periods and costly court proceedings – with some even totalling between $30,000 and $50,000.

“It is common for us to see homemade wills that don’t meet legal requirements,” the lawyer explained.

“The difference is if you have a professionally drawn will and you have to apply for a probate in the court, there’s rarely a problem. If you have a homemade will that isn’t correct, you may have to go to a judge to get it accepted as a valid will and it would cost a lot of money, in many cases between $30,000 and $50,000.”

Armstrong also suggested looking over your will regularly to ensure all wishes are met.

“It’s best to review your will every two to three years too, especially if there has been a big life change for example a marriage, divorce, having children or grandchildren, something you’ve gifted no longer exists or a beneficiary dying or losing capacity – these changes can significantly affect a will and an appropriate amendment is required,” he added.

While creating a DIY will can be concerning, shocking statistics released just last month revealed that more than half of Australians (53 per cent) do not have a will at all, with the main reason for failing to compile one being pure procrastination, as 40 per cent of those without one said they planned to do so but had not got around to it yet.

Read more: Don’t want to think about dying? More than half of Aussies have no will

Almost one third of those without a will said they felt they had nothing valuable to bequeath, while 28 per cent admitted to feeling “too young” to write a will and 16 per cent of respondents simply didn’t want to think about dying.

The research, which was commissioned by Maurice Blackburn Lawyers, also revealed that almost half of those without a will admittedly have no idea what will happen to their assets if they pass away without a Last Will and Testament in place.

Andrew Simpson, national head of Wills and Estates Law at Maurice Blackburn, described the results as “concerning”, saying they reveal a lack of awareness among Australians about the importance of having a will and what happens if you die without one.

“This research reflects what we hear each day,” he said. “That a significant proportion of the Australian adult population don’t have a will, that those who don’t have a will are highly misinformed about why a will is important and that many people are in the dark about what actually happens if you pass away without a will.”

Do you have a will? Did you create it yourself?