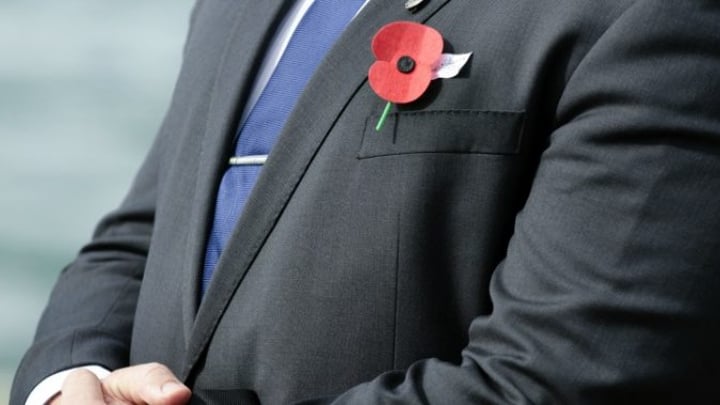 Remembrance Day doesn't glorify war, it reminds us of the terrible toll paid by men and women during times of great conflict so that we may enjoy freedom today. Source: Shutterstock

I am of am age that has grown up with the memory of two world wars, the Korean and Vietnam wars all being accepted as a part of the fabric that made up society. We grew up knowing that the citizens of the Commonwealth countries were enjoying their freedom and way of life because of the sacrifices the many of thousands of our soldiers made and most families of that era had a relation who either fought or was killed in one of those wars.

Most were conscripted into a war they may not even have agreed with and certainly didn’t start, but these men and women left their loved ones behind and marched off to foreign countries and an unknown fate. They marched willingly because they loved their countries and valued what they had. They also knew there were leaders of other countries who also wanted to take what those countries had to offer and were willing to do what ever was necessary to get it.

There are still dictators and unscrupulous leaders who given the chance would do the same today if it weren’t for the military response that was trained and waiting to repel any attempt by other power to force their way in. Unfortunately, human nature being the way it is we still need those forces to be in place.

Modern society has changed drastically from the days when we were growing up. Technology has allowed world news to be instantly available and so is the response from anybody who disagrees with what is happening. In many respects this is a good thing, with public feelings being able to be gauged. Young people now days have a much greater input into how society will progress, they are also able to have their feelings and opinions as a collective known to the masses almost instantly and to some degree this forces change in legislation on all number of issues, and rightly so as well.

This does not apply to military issues, however, with complicated and deep-seated differences eventually forcing conflict between countries and differing ethnic and religious groups, if military conflict occurs it is usually only after a long period of unresolved issues between these countries or groups and talking will not solve these problems at this point, so it eventually comes down to old fashioned violence.

None of the fighting men and women want to risk their lives anymore than they want to take someone else’s, but by then there is no alternative and this brings me the point of this article, which is the reason we have Remembrance Day and celebrate Anzac Day. These days are to remember the terrible toll paid by those men and women during those conflicts. In no way are those ceremonies glorifying war, the point is to help people remember those past conflicts and those many unknown people who died, so the way of life we enjoy in freedom from dictatorship and fanaticism is maintained. Hopefully the combined memory of what went wrong in the past can in some way help to prevent it from reoccurring. We need to learn from the past, not forget it, and as a result be liable to repeat it due to ignorance.

I could certainly understand the student council of the Cambridge University not wanting to be a part of anything that is glorifying war, but I also think they have missed the point of why there is a Remembrance Day in the first place. As time goes by I fear that reason will become further diluted by time.

Do you commemorate the sacrifices of those who went to war? Is there someone in your family who has served?