Television that shaped our vocabulary 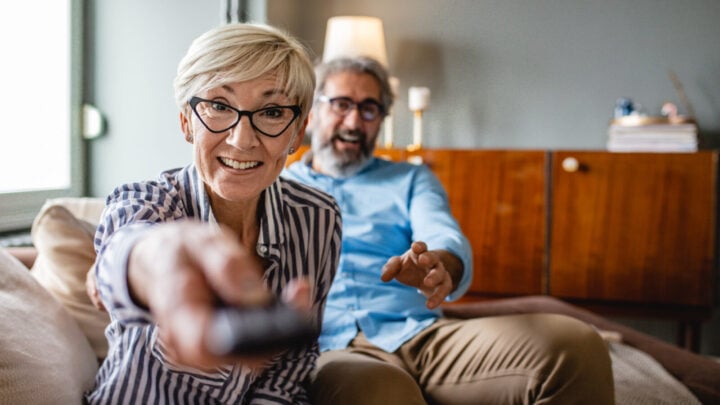 In July this year, the last of the main F Troop cast, Corporal Randolph Agarn (Larry Storch), passed away at the ripe old age of 99. The images of Agarn in his kerchief and hat pinned up with the cavalry badge brought back the times when, driving down unknown side roads with mum and dad, my brother and I would look at each other and say “We’re the Hekawi’, and dissolve into fits of laughter. This would of course precipitate other words of wisdom from Chief Wild Eagle like “We Hekawi are very brave warriors except for one thing – we faint a lot,” and “Hekawi not fighters, Hekawi lovers”.

When you stop to think about it, much of our everyday vernacular was affected by our favourite shows. School playground chat was filled with lines and sayings, moves and hand signals that we picked up. Of course, by high school, you were quietly judged by how many Monty Python episodes you could recite word for word, silly walk included.

Many was the small boy who would work in tandem with a mate and, pointing to him atop the jungle gym with chest puffed out, and launch into the “Look up in the sky. It’s a bird. It’s a plane. No, it’s Superman” spiel. “Faster than a speeding bullet. More powerful than a locomotive. Able to leap tall buildings in a single bound.” They only ever launched themselves once – and that is how we learnt risk assessment in the primary playground. The next lunchtime they would yell, “To the Batmobile”, as the lunch bell rang with Robin following in his wake yelling, “Holy sandwiches Batman” (or something similar). At the end of playtime, it was, “Same bat time, same bat channel”, although I think some naughty boys might have used that at the end of class, especially if they had a female teacher.

Dr Smith on Lost in Space would regale us with, “Oh the pain, the pain”, while the robot (a B-9 Class M-3 General Utility Non-Theorizing Environmental Control Robot) would swing its arms around warning Will Robinson of danger. Still on the space theme, we happily “exterminated” everyone with full-on Dalek intonations, while “Thunderbirds are go”, launched many rockets down the hallway. Star Trek led us “…to boldly go where no man has gone before”, and Spock (not Dr Spock who theorized about raising babies and totally confused me at the time) encouraged us to, “Live long and prosper” whilst practising our Vulcan hand greeting.

Having the roll called in class would sometimes garner the Addams Family, “You rang”, response (but only very softly in the back row). It was used much more freely with little fear of retribution at home along with many of Maxwell Smart’s comebacks said with the same nasal intonation, like “Would you believe …”, “The old (whatever) trick”, “Sorry chief” (or mum or dad) and “Missed it by that much” (or “Missed me by that much” if your brother was pegging something at you). Of course, Sgt Schultz’s classic line from Hogan’s Heroes, “I see nothing, I know nothing”, was extremely useful in many scenarios. Interestingly, John Banner, who played Schultz, was Jewish and emigrated to the US to avoid Nazi persecution.

Little one-liners and exclamations came a-plenty with Jed Clampett’s, “Weeelll doggies”, Tweety Pie’s, “I tawt I taw a puddy tat” and Bugs Bunny chomped on his carrot and asked, “What’s up Doc?”. Fred Flintstone had the best expression for fun times with his “Yabba Dabba Doo”, a take on the Brylcreem jingle, “A little dab’ll do ya”, which Allen Reed, the voiceover artist, thought more inspiring than the scripted “Yahoo”. And who can forget Sylvester the Cat, (Sylvester Pussycat, Sr to give him his proper name) who wetly lisped his frustration by spluttering “Sufferin’ Succotash”, which, if anyone is interested, is actually a dish of maize and lima beans.

And here we cue the Mission Impossible theme music – this article will self-destruct in 5 seconds.