‘Why must a few bad seeds ruin Covid recovery for the rest of us?’ 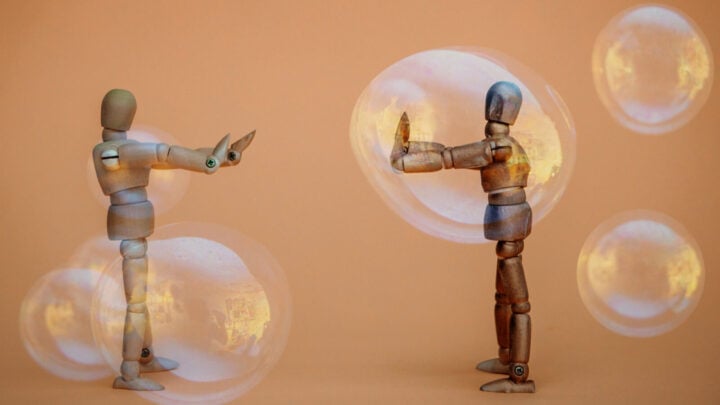 Brian wonders why some people can't stick to the Covid-safety rules. Source: Getty

I’m sitting in front of my computer without a single useful thought in my head at the moment, a result I suppose, of having sat here for the last six months writing as many blogs as I could think of material to write about. But now the old conker is drying up a bit.

In fact, the list of rules seemed, and still seems for that matter, to be almost endless, dreamt up by a gang of politicians who had no more knowledge of what was the right thing to do, than we ordinary folk. And because of that I, and I’m sure thousands of other people just like me, are now sitting around either in front of their computers or across the room from a TV set, or in their gardens staring at the roses, wondering what the hell to do next! The lucky ones are in jobs that can, and indeed need to, employ their skills, either in certain forms of retail, or in industry where it is absolutely necessary to keep going, such as electricity generation and medical care.

That last group I hold in particular awe, they are all brave heroes who have put themselves in the firing line in order to make the world a little safer for the rest of us. I can afford to be a little bit flippant about the present situation, as I have intimated above, but these people have nothing at all to be flippant about. Whether they are doctors, nurses, cleaning staff, researchers or administration they are all equally in danger from the Coved-19 monster that is slithering like some filthy snake amongst us, spitting sickness and death in every direction, no respecter of class, age or sex. It operates without mercy and would destroy us all given the opportunity.

In fact, some people seem to go out of their way to avoid the safety valves that have been created for us, so I suppose we as a whole, (or rather a few of us), have only ourselves to blame for the constant flow of new Covid-19 clusters popping up around the country. I have no idea why these people feel as they do, but common sense tells me, despite what they say, that we are being attacked by a very serious virus, similar to many throughout human history, and we have always survived in the long run, despite the many thousands or millions who failed to survive those earlier attacks.

I believe history will simply repeat itself here, with the virus dying out in due course, and we will eventually get back to a normal life, though it may take us several years of difficulty and restraint to do so! Well, I’m still sitting here in front of my computer, trying to think of something to write about, but without any success I’m afraid, so I might as well switch the machine off for a while, and go and enjoy a pink gin and tonic with my wife Jacqui while the sun is still shining outside.

Do you agree with Brian?