This One Life: Still single at 69; Have I left it too late to find a loving partner? 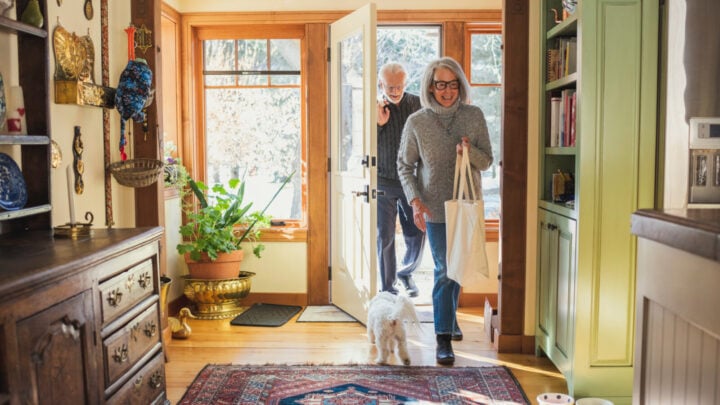 Have I left it too late for this? Source: Getty

You’ll find your soulmate late in life,’ said the psychic who was examining my palm. I was in my mid-twenties. The skin of my hand was unblemished and supple, the lines on my palm a possible roadmap for my future and not yet a record of my past.

It wasn’t looking likely that I’d be partnering up any time soon – I had two broken engagements and four stints as a bridesmaid behind me. But how late was ‘late’?

I had no urge to have children, but I liked the idea that there was someone who would be a good fit with me. A man I’d set my sights on as soon as we’d met was proving to be elusive. In the mid-1980s I moved to Hong Kong, and he moved to England.

A year into my forties, I returned from Asia to Australia with anxiety caused by a drinking problem. I’d become reliant on a nightly bottle of white wine to cope with the stresses and strains of life as a self-employed freelance editor on a small island off the coast of China. Uncomfortable in my own skin, I had little prospect of being a good fit with anyone else.

The men I was meeting in my middle years were either committed to someone else, or just wanted something on the side, or were as screwed up as I was. A bloke I met online through a mutual-interest network invited me on a driving holiday in New Zealand. When I arrived at the hotel we’d agreed to share for two nights before heading into the hills, he was already naked. Two days later, I jettisoned him and any thought that he might be ‘the one’.

By my fifties, some of the men I’d known decades before were back in the dating game, often encumbered now with hurts, grievances, and complicated arrangements for seeing children or even grandchildren. And I still wasn’t facing up to my own issues.

‘Do you have a problem with alcohol?’ said an artist I’d met and wanted to be with.

I trusted him to lead me when we danced; and to keep me safe when I perched on his bicycle crossbar, his arms around me, and he freewheeled down the slope near my house. But I didn’t trust him to love me if he really knew me.

‘No!’ I’d said, shocked by the thought my secret was exposed.

‘You change when you have a drink,’ he said. ‘It’s like you’ve kept yourself on hold until then. If you do have a problem, I’m not interested.’

Instead of taking his rejection as a prompt to do something about my relationship with alcohol – with myself – I drank to cover my embarrassment and my anger at being spurned.

With my sixties looming, I set off from Australia again to travel the world as a digital nomad. I could work from anywhere as a freelance editor. I had taken up trekking and long-distance running in recent years and had found I had some ability as a veteran athlete. The training for marathons helped me to moderate my drinking enough that no one knew how much time I spent thinking about alcohol. I had vowed that I would use this next part of my life to finally get sober.

I had my last drink during a hurricane in New York City on 28 August 2011, two months before my 59th birthday. I sought support from others in recovery who knew how alone I felt. I changed my routines. I took things one day at a time. And I trusted that I had chosen the better path to a different future.

The psychic who had examined my palm all those years before had been right: I did find, late in life, the love and acceptance I had been seeking since I was a young adult. But I had been waiting to find it from someone else, not understanding that I needed first to love and accept myself; to be my own soulmate.

Now free of an addiction that prevented me from trusting that I am worthy of being loved, I am open to sharing my life with an intimate partner as I enter in my seventies. ‘Define “late”’, I might have asked the universe at any time from my twenties to my sixties as I waited for someone to come along and save me. Now that I am in a loving and respectful relationship with myself and feel comfortable with letting the person I am on the inside show on the outside, I finally feel able to create space in my life for someone else to enter and be an intimate companion for the time that remains.

In New York one day in 2019, at my favourite Japanese restaurant near Central Park, I was seated next to a couple whose conversation about food preferences and allergies indicated they were on a first or second date.

‘You look adorable,’ I heard him say. ‘My heart is going pitter-patter.’

I snuck a glance at them. He had reached a gnarled hand across the table and was stroking her veiny one.

They looked to be in their eighties.

It may be late, but it’s never too late.

Have you felt this way before?