Summer streaming: Best shows to watch on a rainy day 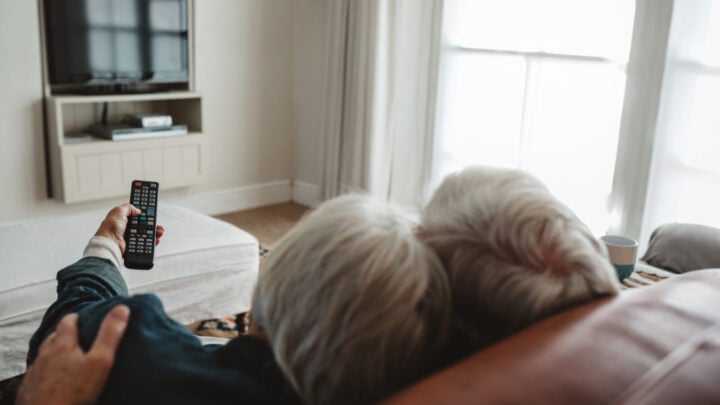 These are the best shows to fill your rainy weekends. Source: Getty

There is always something special for me about the Summer. I feel a little more relaxed and traditionally there has been some kind of work break or holiday, time for family and catch-ups with friends. It’s also when I love to take advantage of a rainy afternoon or even a pyjama day and just reacquaint myself with my lounge and chill time, (OK maybe I don’t need any season to have a pyjama day; they are a regular feature of my life!). Chill time is usually accompanied by some kind of movie or series, and this Summer has been no different. Here are a few things I’ve watched:

Sandra Bullock stars in The Unforgiveable although it took me a moment to recognise her, no glamour here and not playing anything resembling her usual cutesy role. Sandra Bullock doesn’t crack a smile but she doesn’t have anything to smile about either. Her character Ruth Slater is being released from a Washington prison after serving a 20-year sentence for murder. Her motivation to survive is to find her little sister and she is dropped off at a grimy halfway house with few possessions to try to reintegrate into an unforgiving world. I found it difficult to like Ruth and just wanted to hurry things along a bit. Bullock, who is a true crime fan, produced and stars in the movie which is based on a UK miniseries. I watched it on Netflix.

So much hype about this one and it is polarising with people either loving it or hating it. It is a satire and I found it hysterically funny, absurd and scary in equal measure. The Bloke Who Shares the Couch, TBWSTC, reckons it was the “best thing he has seen in years”, but he did spend part of his youth hanging around Arthouse cinemas.
At the beginning of the movie student Kate Dibiasky (Jennifer Lawrence) and her Professor Dr Randall Mindy (Leonardo DiCaprio) discover a new comet, heading for the earth which upon impact will cause an extinction event and they have 6 months to convince the world to work together to save the planet and all those who live on it.

The stellar cast includes Meryl Streep playing the President of the USA, Cate Blanchett and Mark Rylance among others. The premise that could well be the biggest obstacle to change is our inability in the 21st-century media ecosystem to communicate with one another effectively about serious matters, even, or perhaps especially when the fate of the world hangs in the balance.
Adam McKay wrote and directed the Netflix film. It was written before the Covid-19 pandemic basically about the climate emergency but the anti-science denials seen recently fit right into the movie’s premise. It takes on everything, including media, politics, celebrity culture and even has a brontoroc. Don’t Look Up is on Netflix.

And Just Like That; A New Chapter of Sex and the City

I was a latecomer to the Sex and the City phenomena. I’m probably a bit older than the bulk of the fan base, (I did occasionally blush at some of the raunchier scenes) but I was still keen to follow up and see what had happened to my old friends, Carrie, Miranda, Charlotte and Samantha. As I hadn’t been hiding under a rock before tuning in I had heard that there was a death involving an exercise bike, that Samantha wasn’t in the reboot due to a real-life falling out between Sarah Jessica Parker and Kim Cattrall, and a real life loss with the death of one of the cast members, Willie Garson who played Stanford Blatch, during production.

I settled in for a binge on Binge, as that is the screening service showing it. Clothes are still amazing but seriously what happened to Miranda? She was my fave; smart, witty, take no prisoners attitude. But who is this insipid, whinny voiced woman who has replaced her? Charlotte is snooty and self-indulgent as always and Carrie is just sad, but she has reason to be. I miss Samantha.

The constant references to the age of the characters is tiresome, from Steve’s hearing aids because he is old, to Harry’s comment about a 58-year-old on a skateboard, to Miranda commenting about being a 55-year-old woman more than once. I found it very ‘in your face’. We know you are older, (it is better than the alternative), and we are older too. It is not an issue that requires a mention from every character and then repeating as some kind of apologetic mantra. I hope it grows on me.