‘Solutions to global warming: How can we stop climate change?’ 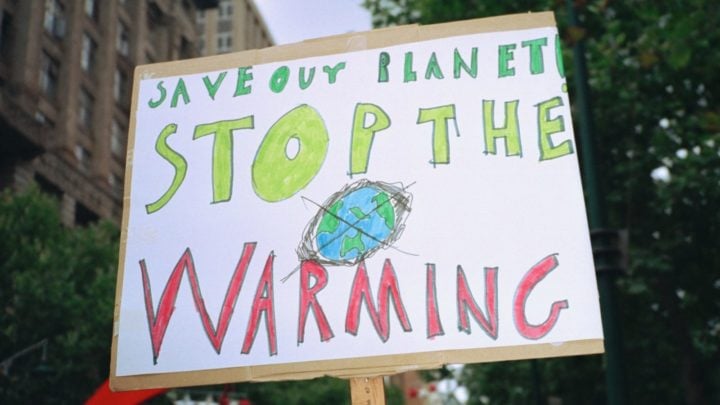 Global warming has always occurred says Brian, but it's time to do something about it. Source: Getty Images

We are certainly going through a rather difficult time at the moment, weather-wise, what with the most severe drought for years, fires in almost every part of Australia, the seas around our shores apparently being a degree or two warmer than they should be and a lot more strong winds blowing across our gardens than previously. Although most of this stuff happens to us on a fairly regular basis, it does seem to be occurring earlier and more severely with each passing year doesn’t it?

The experts (whoever they are), have quite a few answers to account for our present discomfort, ranging through global warming, the hole in the ozone layer, humans and their machines creating too much carbon dioxide (CO2), too many trees being felled, the movement of the magnetic poles and the fact that we are still coming out of the most recent ice age of some 11,000 years ago. Apparently there have been another five of them too, stretching back millions of years into the past, each of them causing most of the world to become covered in ice, the majority of animal life to be wiped out and, due to the freezing of much of the earth’s water, much lower sea levels, so that places that were islands, suddenly (in geological terms), became joined to neighboring land masses. Good examples of this are the connection between Tasmania and mainland Australia and, ironically, the land bridge between America and Russia!

A great majority of people follow, or agree with one or another of the propositions mentioned above, and they all argue volubly in favour of the cause they have chosen, but I really don’t see much point in that. Virtually all the ideas and reasons are just suppositions, apart from a few clues like the story to be extracted from the very deep ice of Antarctica, the lower layers of which have been there for literally millions of years, every layer, all the way down telling the story of what was happening on earth at the time it was laid.

My personal belief (and why shouldn’t I have one?), is that pretty well all of the above suppositions form a part of the major picture of what we are going through now. The major one, in my opinion, is the fact that we are still emerging from the last ice age, because of the simple fact that the Earth’s orbit around the sun is slightly erratic, so that over long periods of time we drift in closer to the sun and then retreat again. We are moving gently and slowly nearer to the sun right now and will do so, I imagine for a few thousand more years yet, which means it’s going to get a fair bit warmer, before things start to cool down again and there’s almost nothing we can do about it.

What we can do is learn how to change our ways, so the human race can survive. The trouble is we haven’t yet learned that lesson and we aren’t prepared to make the changes that are necessary.

Of course, what I am talking about isn’t going to happen next week, next year, or next century, it will be spread over millennia, and who cares about something that isn’t going to affect our grandchildren or our great-grandchildren in a hundred generations! But this warming is, I believe going on around us constantly. Now is the time to start working out some answers to the problem.

Stopping the burning of coal may offer some answers of course, but I really don’t feel that is as important as the authorities make out, when I’ve read that a single active volcano can put as much CO2 into the atmosphere in a day as the whole human race contributes in a year. Forcing the Brazilians to stop cutting down the Amazon forest would at least mean than a major absorber of CO2 and creator of the vital oxygen we need could survive to help the situation. Yet there must be something really major that can be done to help us control the situation, I just hope and trust that the person who is going to discover it, is amongst us now, or will be born soon!

What solutions do you have to stopping climate change? What are your thoughts on global warming?