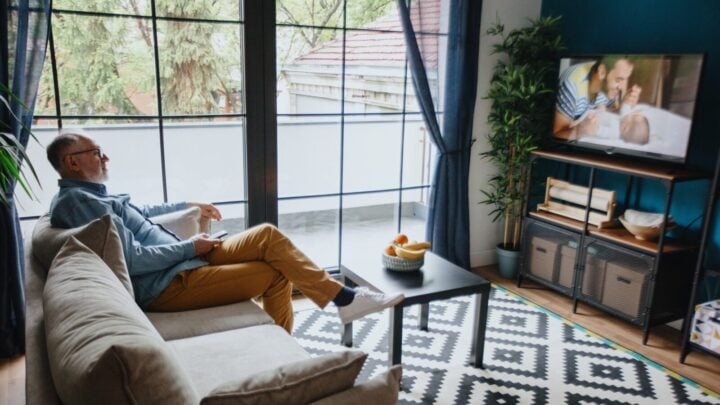 Christmas is coming and with it the flood of TV commercials pitching products at what our advertising industry likes to depict as a typical Australian family. It’s a rare moment for over-60s to feature in commercials that aren’t about retirement homes and incontinence underwear.

The perceived typical Australian family group has sure changed over the years. Over-60s nostalgically recall the classic commercials that made us instantly identify with Mum, Dad and a couple of little Vegemiters.

Impossibly good looking young men with movie star girlfriends took care of the rest of the advertising market, with a koala and a kangaroo in the background so we knew they weren’t Americans. Typical Aussies in Classic Australia. Who smoked.

These days it seems compulsory that a TV commercial showing a group of Aussies must include an African-American, Asian, Indian, a token white guy, but very rarely an Aboriginal person. Over-60s fare even worse, we are only depicted on TV ads for arthritis relief and wonder undies that won’t show bladder leakage.

It’s a sobering illustration of how the advertising agencies shape the public’s image of how they see typical Australians and their attitude toward the over-60s generation. In their thinking, over-60s chiefly exist to pitch retiree-specific products like hearing aids or funeral plans. Buy one, get one free. Buy it today and we’ll add denture cleaners.

Right now the over-60s are enjoying their brief annual glimmer in the spotlight as background extras in the Christmas commercials. Watch in the next few weeks how the Christmas campaigns marginalise over-60s into cameo roles in the festive TV commercial spending splurge.

You’ll see commercials smothered in diversity where trendy young people who can’t decide which pronoun best describes them this month gleefully get together and buy shiny stuff for Christmas.
Then they’ll all go to Nana and Grandad’s for Christmas Day because Nana’s the only one of them capable of actually cooking a meal. And Uber’s not delivering that day.

Don’t be surprised if you see a commercial for a Christmas feast with an African-American, an Asian, an Indian and a Polynesian guest all ranged around the table while Nana and Grandad serve a great big plate of Yuletide diversity to the fakest ‘family’ group the ad industry can create.

These commercials are aimed at average Aussies to persuade them to buy stuff that Santa recommends and advertisers insist they cannot do without this Christmas. But what does the average Aussie of 2021 look like?

We’re talking ethnic background here folks, probably the most delicate topic in the country – other than footy and who invented pavlova (it was the Kiwis). Diversity is the driving word these days and it controls the dollar and the advertising agency budgets. A commercial must hit as many diversity demographics as possible for them in what could well be called ‘Quid Games’.

Australia in the 1950s and ’60s strongly identified with a white population. Add a sprinkling of Middle Eastern and Mediterranean cultures and that was Australia then. Our First Nation people were ignored, then as now in the quest for the advertising dollar.

Look at TV advertising imagery now and the typical Aussie shown is more likely to be African-American, or Asian or Indian with a token white bloke thrown in for diversity sake.

Note you will very rarely see an Aboriginal person represented, unless the advertiser is pushing a tourist attraction with its obligatory nod toward the traditional owners — the Chinese. Sorry, that’s the current owners.

The traditional owners are people who are probably the most under-represented in Australian media. The over-60s are up there with them.

We should have a game where you count how many of the ‘diversity’ touch points are made in a 30 seconds commercial.

Take car commercials. The ads always show a young woman as the driver and if she has a male with her, he’s a passenger and represents one of the diversity groups. We’ll have one point for the white female driver, another for the Polynesian male passenger and, wait, is that a happy little Aboriginal girl in the back seat? No, it’s a trick of the light, she’s Asian. One point.

The diversity requirements are especially evident in Christmas commercials.

Families used to be depicted as just Mum and the kids but dads now get a look in for some advertisers – usually depicted as the bumbling idiot who breaks everything and needs his wife to sort it out.

Take heart, this Christmas Nana and Grandad are back – still alive and on a day’s parole from the retirement home – brought out by the TV commercial makers to produce a memorable Yuletide feast for the most diverse family the advertisers could cram around one table. Thankfully the Kiwis remembered to bring the Pavlova!

Have you noticed the shift in advertising on television?