It’s time for the Royal mobility aids to shine 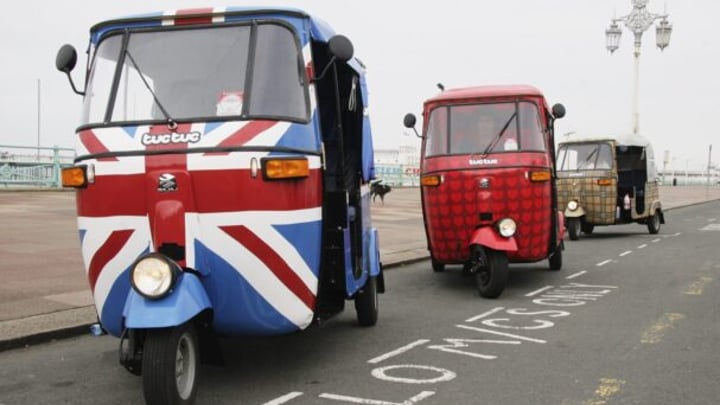 I’m disappointed in Her Majesty the Queen. Although we’re not on first name terms, she has been a significant presence in my life, especially as her face adorns the banknotes that pay for the cat’s food.

Her Majesty is 95 now and has been Queen for as long as I can remember. She still has a razor-sharp mind and as her grandson Prince Harry might agree, she is a feisty retiree you really should not annoy.

The Queen is a role model to the world, without question, but as she prepares to celebrate her Platinum anniversary, we have been told she’s not as agile as she once was and so it’s been suggested she make use of a wheelchair.

Except the Queen has refused to be seen in public in a wheelchair and that’s unfortunate because it sort of sends the wrong signal to oldies with mobility issues. Surely there’s no stigma in an elderly person using a wheelchair?

Life for the Over 60s with multiple health issues can be like a daily visit to the school dental nurse in the 1950s, every day is another drama in the Murder House. With a foot-operated dental drill thrown in and a dental nurse recently paroled from prison, or so we believed. The 1950s was such a colourful era.

Today, we who survived those times, have aged and many have acquired all the badges of honour that accompany aging- artificial hips, replacement knee joints, refurbished eyes and intimidating walking sticks that we can wave with accompanying noises as if they were Jedi light sabres. Or is that just me?

Increasingly the usual topics of conversation for the retiree generations have morphed from work, sex and alcohol which defined the younger us of the 1960s, to aches, pains and stainless steel joints that set off airport metal detectors. In the old days, we bragged about how much we could drink, now we compare surgical scars and trade advice on using Viagra.

Amidst all this, we have adjusted to and adapted our creaking frames to the reality that many of us are not as nimble as we once were. We have embraced the world of mobility aids, displayed at the back of large chemist shops near old folk stuff like the raised toilet seats, compression stockings and incontinence underwear.

Walking sticks are our best friends, for some of us, two walking sticks are all that keep us from sprawling flat on the floor. Her Majesty the Queen has begun using a walking stick and has been photographed with it, though not in a Jedi light sabre pose, sadly.

Inevitably wheelchairs have also become a norm in our lives through many strive to keep walking even when they should change to a wheelchair, but won’t because we’re stubborn and won’t admit that a wheelchair can be a much more effective and safe form of mobility than two wonky walking sticks.

Now that the Queen has been photographed using a stick, it means every retiree on a stick can say, look, even the Queen has one. She’s a role model for mobility aids, or should be.

But not, apparently, a wheelchair which is odd in the 21st Century given that Her Majesty has been photographed being hauled around in an ornate wagon pulled by horses. Surely they could knock together a posh wheelchair at Buckingham Palace, make it look like a little throne on wheels and spray paint it a fetching Royal gold colour? It could even be motorized or pulled by trained corgis.

Better yet the Royal Family could create a golden tuk-tuk for Her Majesty to ride in. All she would need is a driver. I imagine Prince Andrew would have the skillset for a useful new career as her tuk-tuk driver?