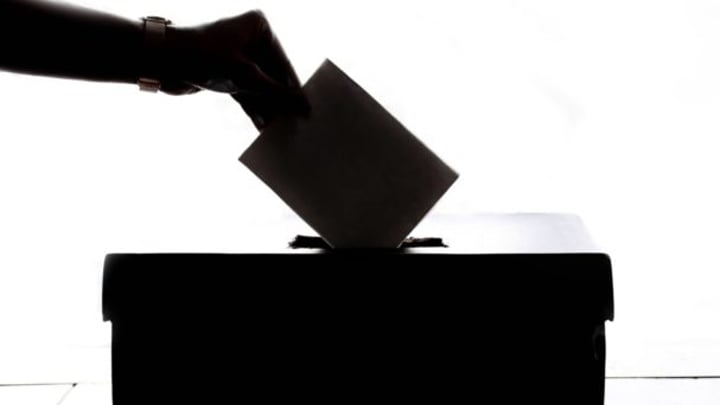 Australia has a federal election in 2019, and Edward says over-60s have power to make positive change. Source: Pixabay

I have listened, as I do, to the media regarding the up and coming federal election in Australia. I spend most of my time listening to Sky news. I find the arguments difficult to deal with. I have a number of questions and, based on what the media and the political parties are saying, these questions will never be answered honestly.

I lived in the United Kingdom between 1950 and 1973. My thoughts of a national election was Labour against the Conservatives and the Liberals. If I did not like any of them I could renege to even casting a vote. Over time I found political parties won their place in the parliament when only 35 per cent of the population voted. If you voted Labour then you would never vote Conservative and vice versa.

I then came to Australia and over the time of being accepted to migrate I read a significant number of news media from Australia to understand what happened. I found I had to vote, even if I did not like any of the people standing in the electorates where I lived. It did not matter that I did not like or did like the person, I found I would vote for the party. At my first election, I voted Labor, in the blood I suppose. Since then I have voted for the Liberals and the National party. I think over the last 10 years the political scene has become clouded by the way the Labor Party has set-up a number of outlying (supposed) independent parties such as GetUp!.

I feel Australia needs a government willing to achieve the best they can for the whole of the population. At this time I do not see any of the parties doing this. As the current Labor Party has said, “If you do not agree with our policies then vote for someone else”.

I will listen to what is put out in the media and make my mind up based on what would seem to be a totally biased opinion put forward by all the media. The ABC supports the Labor Party because it thinks it will get a significant increase in monies if it is elected; Sky News under the pretext that they are unbiased but in-reality they support the right wing.

Climate change is proposed to be a big issue. It is a hot summer in Australia, not much rain (unless you live in the northern parts of the country). If we did not have the name ‘climate change’ would the heat mean anything? I lived in northern South Australia from 1974 until 1984, I was told that there would be at least two weeks (continually) where the temperature would not drop below 35C (even at night), but I now live in Queensland and the weather forecasters say how it is scorching in SA. The temperature in southern Queensland is a scorcher (at 31-33C), are they told to make it sound desperate?

This particular subject is difficult to read about, so I below is a list of all that concerns me and what I feel the government (whoever is elected) should concern themselves with. Is there anything that could be added? As over-60s, we can rise to subjects that can be given to the local reps from all parties and find out what they are really are going to do for us.

First, it should be a given that when people retire they are given enough pension (if their superannuation is insufficient) to live reasonably. Not in Luxury, but without concern about buying food and paying average rent and general bills.

Health staffing and funding needs to be sufficient for people without insurance so that they too receive good health care. Sufficient staffing levels does not mean one nurse per 10 or more patients but more one nurse for four patients. Depending on the type of care this may be more than one is to four.

I believe the taxing regime is pathetic I would like to see all people pay 30 per cent tax, 2 per cent health cover and 12 per cent GST on all goods. People who do not work pay no tax on government payments, but these payments would be reflective of need and not what people whinge about. This applies to all people regardless of nationality, including indigenous, migrants and refugees.

People who are on government handouts must find employment within six months. If they do not, they must work for local groups, councils etc. to maintain their income. Getting pregnant does not meant they get more.

The migration intake should be relative to what the country can afford with infrastructure and payments and not governed by the United Nations. Support to overseas countries should be on a ‘need’ basis and not used as a means of buying friendship. We must look after our own people first.

In regards education, at the moment the PC arguments mean males are at risk in female schools. That being the case it seems obvious that the majority of staff would be female (especially in all female schools) and in all male schools, the staff would be male. People of the opposite sex can work in these schools, but in administration roles and must have a person of the opposite sex with them at all times when conducting interviews etc. with pupils.

Politicians must be paid a salary relative to the work they do. They should not get expenses. If they need transport they will be provided with it (not chauffeur driven). Air flights would be premium economy, not business class or first class.

All companies, whether they are foreign or homegrown, will pay a set amount of tax. It should not be after all the claims they make. I feel it should be 25 per cent. All profits and income will be substantiated. Any company that tries to cheat will be fined the equivalent amount they try to cheat.

Energy is another ‘hot topic’ and we should examine all options and use the best option to provide baseload power. This does not eliminate any type of power. Cost and supply will be the guide.

Dams and pipelines will be built in all areas where the country has more than adequate rainfall so that it may be sent to areas that may not have sufficient.

Fast trains will be connected to all major cities. (If they can do it in China then surely we can do it in Australia.)

Australia will mine and export all materials that are required by other countries, if people do not like it go to a country that you like.

When it comes to climate change will make sure that we do not over pollute, but that means we do not produce more than the 1.7 per cent we currently produce. When major producers reduce significantly their outputs of pollution we would take on board ways they achieve their reductions. So we are aware, building the society and developing what we currently have means we need steel, concrete, industry, agriculture, power producers etc. If people think we can do without coal then please name other means to produce steel or substitute something for it. Without steel or alloy metals these are the items we would need to remove: phones, cars, all vehicles (yes, all), buildings, ships, aeroplanes, pens, computers, wind power, solar panels, medical devices, just add to the list please.

Finally, I believe a royal commission needs to be instigated into the legal profession and the justice system. I do not feel either is faithful to the needs and expectations we have as a society.

I would be interested what others may think and possibly why they think that if they are happy to discuss the subject. There may be ideas out there that would sway my thinking. I have four months to fully develop my ideas.

What do you think an incoming government should be focussing its attention on? Do you agree with anything this writer has outlined?