‘Politics, love and fierce ambition: My quest to ‘be discovered’ in the 1960s’ 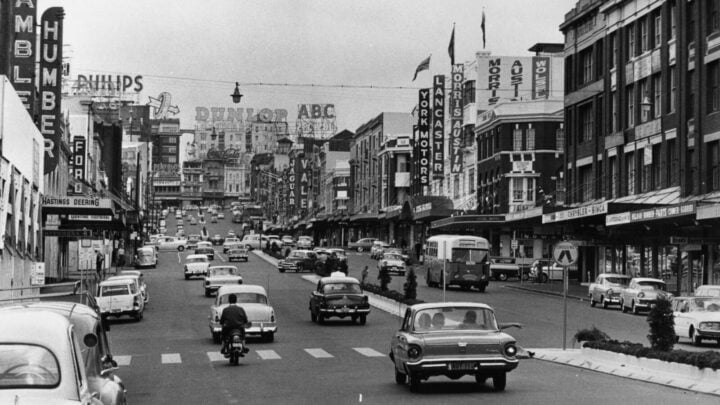 I was lucky to have grown up loved, a war baby, arriving as World War II grew to a close. Like many of my contemporaries, my arrival helped heal a war-torn traumatised family. I was worth waiting for, or so I was told.

I was sassy and precocious, clever, obedient and pretty, all attributes that would give me more joy and heartache than I could ever have predicted. The outside world did not welcome me so warmly and slowly my insecurities grew, lessened in part by my fierce determination never to be a victim.

Then in a blink my school days were over, and university beckoned. I chose economics and politics as my two majors, an unusual choice at the time for a girl. Campuses were still male-dominated and what young women there were at university tended to study the arts.

We were all 17 and 18 in first year economics, or so I thought before I began attending some night lectures in my second year and discovered a whole new world of older students. The majority in my day lectures were young men with a purpose and a life aim. Most were longing to plant their feet on the first rungs of the business world. Eager to be part of a powerful hierarchy, they planned to be bankers, accountants and politicians even, and most were driven.

I was soon developing strong friendships amongst this set. Their ambition and drive didn’t intimidate me in the slightest and, with my course notes so well written, this only added to my popularity. I made it plain then that with just a few months difference in our ages, going steady with any of these chaps was out of the question.

I was not into younger men in those days! I was after a life of adventure and of ‘being discovered’. What that meant exactly I was never sure, but it did entail being discovered for all the right reasons: my erudition and cleverness, for being attractive and funny. And then somehow all this confidence I thought I lacked came to the fore. Now when I stood in front of a crowd, I would get it right and be applauded. Surprise, surprise people liked what I had to offer. I was no longer being pulled away and told, as I had been on occasion by my mother, that I was being precocious and almost making myself ridiculous. Being seen as ridiculous was perhaps my greatest fear.

There were also wider influences afoot. An interest in politics began early in my life, as my father was involved in political life post-war.

Daddy ran unsuccessfully for pre-selection while his great friend Nancy Wake came close to toppling HV ‘Doc’ Evatt in the 1949 federal election. I remember being dressed for a photographic session — a publicity shot of the family — back in the day when photos were expensive and images of oneself and one’s family were few and far between.

Not caring for the time and money spent running for public office, my family preferred to run the country from their fireside. Curled up like a cat on a cushion, twirling a strand of hair, I listened and learned, entranced by the many discussions I was privy to. History was always a living thing for my family and talk of contemporary life was interlaced with references to great events and people from the past.

This left me with a desire to contribute in some way. I wanted to play a role in great events, to be part of something larger than my individual self, but didn’t know how this might happen. I also knew my people were not great in the eyes of the world, but they and their wonderful stories were great to me.

In this childish confusion about what was ‘great’ and ‘not great’, I gradually came to see my family had greatness in it, but that it had been whittled away by war and natural disasters. My mother’s father had been brought low by seven long years of drought, while my mother’s mother had lost a husband and children to war. Yet all through these trials their spirit shone, and I was proud of that. Later I came to understand it was this spirit of courage, optimism and endurance that was the greatness I sought.

So politics was a natural fit for one of my university majors. Study of industrial relations led to a close alignment with one of the great unions but, unlike most of my peers in economics, I was a mere female. I was in a clever year in the economics faculty, which produced a state premier, a founder of Macquarie Bank and some highly successful start-up entrepreneurs.

All these clever young men already had their feet on the first rungs of the ladder they intended to climb. I initially didn’t really have a clue about this ambition. I think I was looking for love!