This One Life: The skin I’m in 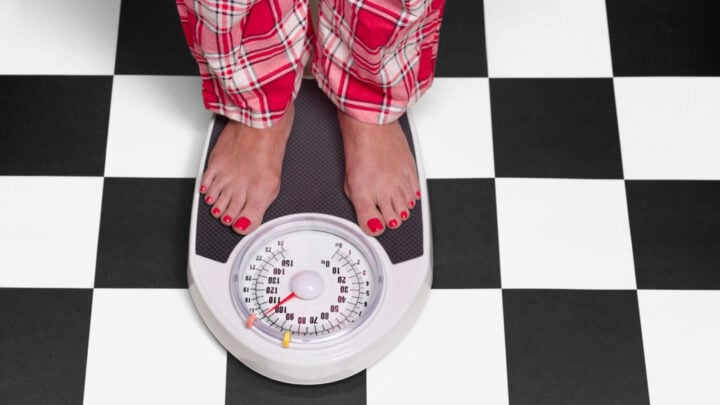 This seasoned blogger talks about her health and loving the skin you're in. Source: Getty

“Two kilos more than last time, madam,” said the nurse who was checking my vital signs.

“Last time” was four years ago, around the lunar new year in 2018. I’d had a basal cell carcinoma gouged out of my nose at this specialist hospital in Kuching, the capital of the Malaysian state of Sarawak which shares the island of Borneo with Brunei and Indonesian Kalimantan.

I’ve been here so many times that the doorman, Roy, recognises me. And until the Grab ride-share app decimated their business, Kuching’s taxi drivers would just assume it was my destination whenever I approached the shelter near the riverfront where they congregated and waited for trade: “Hospital, miss?”

This time, I’m having a skin check. In late 2010, on my second visit to Kuching, I’d had my head examined after I slipped while walking in a stream and crashed face-first onto a boulder, nearly shattering my jaw. The bruise on my chin and neck was impressive, but my bones held up – that time.

When I fractured my right humerus in Morocco in 2014 after colliding with a bicycle, I flew halfway around the world for a second operation here in Kuching, where the Chinese orthopaedic surgeon inserted a large plate that would better help the broken halves knit. By then, this hospital in a part of the world that was better known for its orang-utans, “white rajahs” and once-proud headhunting indigenous tribes, was my medical facility of choice as an ageing international nomad with brittle bones.

“You have osteoporosis in your spine and osteopenia in your left hip,” said the Malay doctor who had reviewed the results of a health screening my travel insurer paid for in 2012. With her freckled face framed by a hijab, she looked about twelve. “No falling!”

In 2016, after another comprehensive check-up, she’d expressed concern about my potassium levels. “Bad for the heart. Don’t eat too many bananas.” Damn … a favourite breakfast when in Malaysia was roti pisang.

Now, in April 2022, I hadn’t had a fall since early 2021 when I shattered my right elbow after tripping during a run, and I couldn’t recall the last banana I’d eaten. But I’d just spent COVID in Oz, whose supermarkets I consider the best in the world. I was exercising less after I’d accepted that running had become too hazardous. And for two months late last year, I’d had difficulty even walking because of a pinched nerve in my lower back. Two kilos had seemingly now attached themselves permanently to my slight frame. And the skin check that was the purpose of my latest visit – that scaly patch on my face I’d been concerned about? “It’s just age,” said the Indian dermatologist.

I’ve known Emily, a Chinese Sarawakian, since my first visit to Kuching in early 2010. That time, I’d been hauled off to the hospital in an ambulance after I’d passed out from heat exhaustion during an afternoon running race. I’d come out of some sort of fugue state, panting and vomiting, far off course near the main mosque and on the wrong side of some busy roads. I had bumps and scrapes I couldn’t account for. A man was fanning me with a torn piece of cardboard. My skin was grimy with dried sweat and smelled of vomit and fear. I talked someone into driving me to the race finish line, from where I went to the hospital and was attached to a drip until I was sufficiently rehydrated for Emily, who had stayed by my side, to drive me back to my hotel.

At her laundry business last week, which is near my current hotel, Emily placed a clip on my left index finger and entered my age (69) into the attached device.

“What does that mean?”

“It means your heart is good!”

According to this test, my vascular age is 16 years younger than my actual age. My bones may now be brittle and breakable, my skin may be becoming dry and scaly, and there may be two kilos more of it around my middle than I might wish, but it seems I have a good heart. And as I venture back out into the world, I’m reminded of the love I have in my heart for the people and places who make the world feel like home and my skin a good place to be in.