Have we gone too soft? School ditches exams in favour of interviews 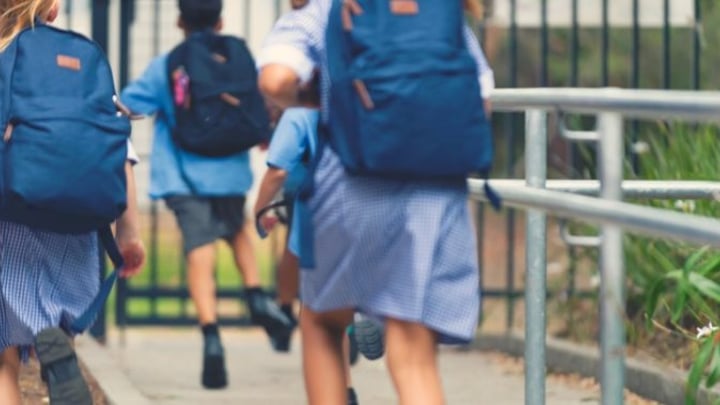 A primary school in Sydney has ditched exams, instead opting for face-to-face interviews. Source: Getty

When it comes to the education system, it’s fair to say things sure have changed since Baby Boomers were lacing up their boots and trotting off to school. These days schools take a softer approach to learning, with mindful language, inclusive attitudes and politically correct toys lining shelves.

However one primary school in Sydney made headlines on Wednesday after ditching conventional tests, instead opting for face-to-face interviews that assess qualities such as communication skills and body language.

Instead of sitting exams and receiving grades, Principal Gavin McCormack said students will be assessed on their communication skills, body language and academic efforts – such as topic knowledge and independent research.

Opinions, however, seem to be split with many people taking to social media to slam the new approach to teaching.

“Dumb measure which will produce dumb outcome. Laziness is the motivation,” one commentator wrote.

Another reader said having no experience with testing before high school could be overwhelming, adding: “Kids with anxiety could find it terribly confronting”.

However, another commentator disagreed, believing it would be incredible. “A much better measure of a child’s understanding than whether they can write an essay,” they wrote.

It comes after it was revealed that some parents are choosing to “unschool” their kids, essentially meaning they shun traditional subjects, like maths, English and science, and instead plan their lessons based on what their children are interested in at that time.

And nowadays, you’re more likely to see a child meditating in the ‘quiet corner’ than getting a whack across the knuckles with a ruler. It has been decades since schools outlawed the use of the cane to tame unruly students, but new research has found that kids actually thrive in stricter learning environments.

It has been more than 20 years since corporal punishment was banned in all public schools in Australia and replaced with less harsh methods of punishment such as detention or copying lines. Victoria was the first state to get rid of the practice when they scrapped corporal punishment in all government schools back in 1985, with NSW putting an end to it, in line with the Education Act 1990.

What are your thoughts? Should school exams be replaced with interviews? Do you think schools are too soft nowadays, or are the changes for the good?