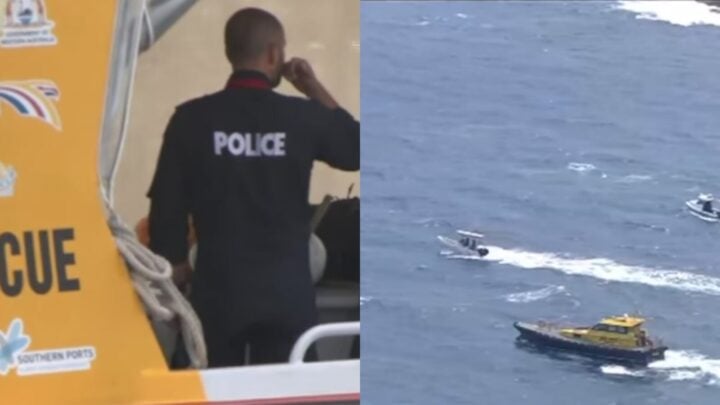 The search for a missing surfer, 52, believed to have been attacked by a shark has taken a grim turn after two pieces of a wetsuit have been found in the water.

According to a News.com.au report, Andrew Sharpe was surfing at Kelp Beds beach near Esperance, Western Australia on Friday morning “when he was bitten on the leg by a shark”. His friends reportedly paddled over to save him but the shark came back and pulled the father-of-two under the water. His surfboard floated back to shore hours later, with bite marks on it.

“We have located two pieces of his wetsuit or a wetsuit that’s believed to belong to Mr Sharpe… not too far away from his last-known position. They’ve been seized and they’ll go for forensic testing.”

According to the publication, it’s the fifth incident in the area in just seven years.

“The surfboard washed up nearby to where the attack occurred and with obvious signs of a shark attack,” Senior Sergeant Tarasingksi told reporters on Friday. “The chances of survival are obviously pretty slim considering some of the accounts that have been provided to us.”

The shark attack comes just one month after a 46-year-old man tragically passed away after being attacked by a suspected great white shark whilst surfing at Greenmount Beach in Coolangatta on the Gold Coast. According to The Courier Mail, real estate agent Nick Slater was bitten and died just minutes later on the beach.

The incident marks the first shark attack in the area since nets were introduced in the 1960s, however Gold Coast Mayor Tom Tate said: “It doesn’t matter how long it’s been, it’s still a devastating shock to the Gold Coast community.”