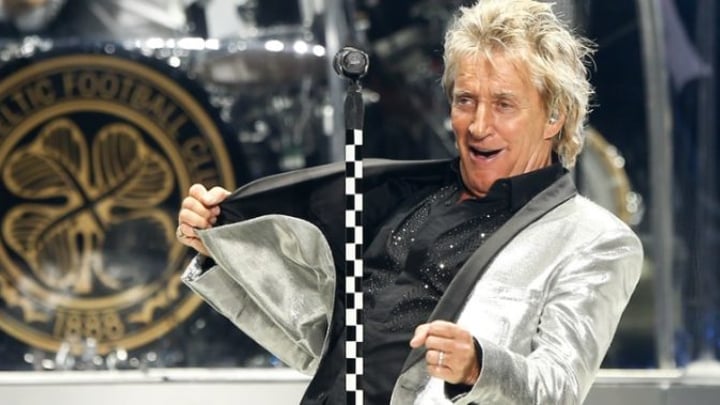 He’s a doting father of eight, but Sir Rod Stewart has never cooked a meal in his life. The ‘Maggie May’ singer has revealed that he’s always relied heavily on his girlfriends to cook for him, revealing in an interview that he’s never cooked a single meal.

“I cannot cook to save me life. The last time I tried to make a boiled egg, I had about 20 pans and things out of the cupboard. What a mess. Nothing to be proud of,” the 73-year-old revealed in an interview with Rolling Stone magazine.

The rocker confessed he’s “absolutely hopeless” in the kitchen — and all he can assemble is a cup of tea and toast. And during the times that he was single, Rod admitted that he would visit a cafe, rather than attempt to whip up something in the kitchen.

“Never. I’ve made a bit of toast and a cup of tea in the afternoon, but other than that, I’ve done nothing. Shameful. Shame on you, Stewart!”

But his lack of culinary skills doesn’t seem to bother his wife, Penny Lancaster, 47. In 2015, the English model said on the British talk show Loose Women that men should stay out of the kitchen and said seeing them don aprons made them less masculine to her.

“I do agree with equal rights and if women want to go and work, that’s fabulous,” Penny said at the time. “Going as far as cooking and putting the apron on, I think that, not belittles men, but takes the masculinity and I would miss that.”

The couple tied the knot in 2007, and share two children together, Alastair, 12, and Aiden, seven. Rod has been married twice before, once to American actress Alana Hamilton and a second time to model Rachel Hunter, and has eight children in total as well as one grandchild.

Back in the 1970s it was common for women to slave away in the kitchen, but nowadays most men help out with household chores.

According to the latest data from the University of Melbourne’s long-term HILDA (Household, Income and Labour Dynamics in Australia) study, Australian men think they do their fair share of household chores— but overburdened women disagree.

What do you think? Does your partner cook?