‘How dare you!’ Trump slammed for leaving hospital to visit supporters 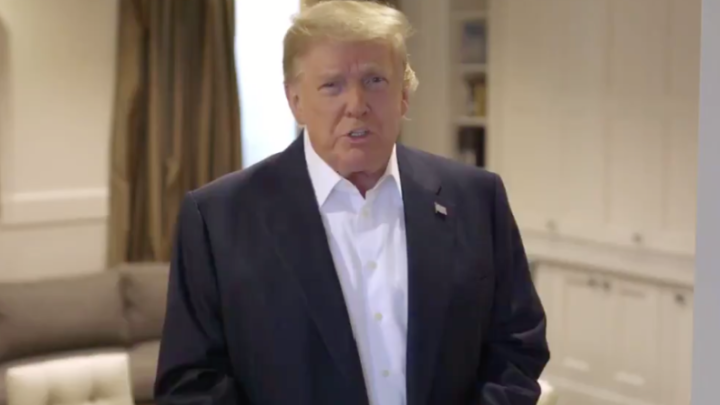 President Donald Trump has found himself on the receiving end of some harsh criticism this weekend, after he made the decision to leave the Walter Reed Military Medical Center, despite having tested positive for Covid-19. Trump is supposed to be isolating after receiving the diagnosis and was moved to the military hospital earlier this week as a precaution.

However Trump has now been slammed as irresponsible after he left the hospital to perform a drive-by. The US leader was seen wearing a mask in the back of a blacked-out Suburban and, as the motorcade passed groups of Trump supporters, the President could be seen waving to the crowds.

Critics hit out at the president after the footage emerged, with one doctor from Walter Reed describing the move as “insanity”.

“Every single person in the vehicle during that completely unnecessary Presidential ‘drive-by’ just now has to be quarantined for 14 days,” Dr. James Phillips  wrote on Twitter. “They might get sick. They may die. For political theater. Commanded by Trump to put their lives at risk for theater. This is insanity.”

President Trump, wearing a mask, rides by his supporters outside Walter Reed while in the back of a Suburban. pic.twitter.com/nsCJyYXHdK

It came just after Trump posted another video of himself from inside the hospital, in which he claimed to have learned a lot about the virus. He also described the hospital as “incredible” and thanked the nurses, doctors and first responders.

“It’s been a very interesting journey. I learned a lot about Covid,  I learned it by really going to school, this is the real school. This isn’t the ‘let’s read the books’ school.

“And I get it and I understand it. And it’s a very interesting thing and I’m going to be letting you know about it. In the meantime we love the USA and we love what’s happening.”

One user slammed the video as “one of the most infuriating things” the President has ever shared online. “If you had “gotten it” 7 months ago, millions of Americans wouldn’t have had their lives upended by this crisis,” the user wrote. “How dare you smirk at us & claim an epiphany now that it’s affecting *you*.”

Another user, who is a medical doctor, wrote: “If you learned a lot about the coronavirus, then you would have compassion for your supporters and tell them to social distance, wear masks, and not risk getting the coronavirus by crowding together in the rally outside Walter Reed to cheer you on. That would be responsible.”

However many of Trump’s supporters sent messages of encouragement to the President. One wrote: “We love you Mr. President!!!!!” While another commented: “I’m so happy you are doing better, Mr.President … you look a lot healthier than you did 3 days ago, even though you are contagious. Keep up the fight!”