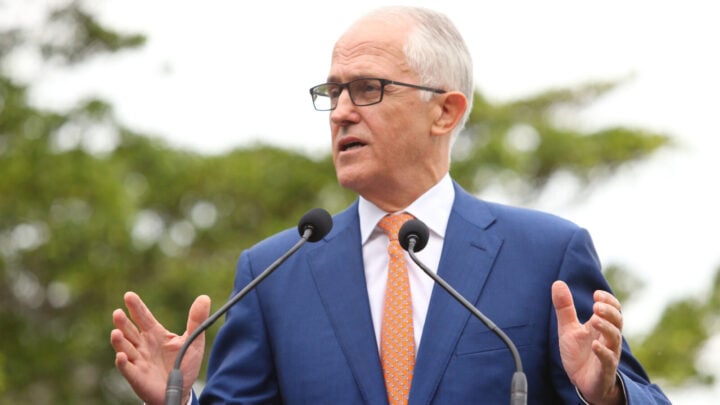 Ex-Prime Minister and Liberal Party (LNP) leader Malcolm Turnbull has spoken out against his former party, encouraging Australian voters to consider voting for independents in the upcoming election claiming ” the tide has really gone out” on the major parties.

The 29th Prime Minister of Australia provided a copy of a speech for his address at the Washington Harvard Club in America on May 6, to The Sydney Morning Herald.

A copy of Turnbull’s speech says the ex-LNP leader says the Coalition may be “thwarted” by voters, saying the power is with people voting for independents that match their values.

“Even if the members of a political party cannot escape from the thrall of the dominant faction, their traditional supporters in the electorate can do so by voting for an independent who has a real chance of success,” Turnbull’s speech said.

“In many respects, this may be the most interesting part of the whole election, because if more of these ‘teal’ independents win, it will mean the capture of the Liberal Party will be thwarted by direct, democratic action from voters…People power, you might say.”

Turnbull is expected to link his call for independent votes to his belief that since his “deposition in 2018”, the LNP has gone from a diverse group with ranging beliefs that people can get behind, to a demeaning, one-minded group, “especially on the toxically controversial issue of climate change where the political right, supported by [Rupert] Murdoch’s media, have opposed effective action for many years”.

Turnbull was effectively replaced by Prime Minister Scott Morrison in a messy leadership spill in 2018, saying the “coup” to replace him “blew up the government”.

In an interview with the ABC, Turnbull defended his position, saying he was simply encouraging democracy.

“In the federal party room, the tide has really gone out for the smaller ‘L’ liberals and the moderates.

“The big parties, whether it’s Labor or Liberal, are hardly in a position credibly, to say that they represent the best chance for stability.”

Turnbull’s Washington Harvard Club speech is likely to infuriate his ex-colleagues as Deputy Prime Minister Barnaby Joyce attacked Turnbull for throwing a tantrum in response to his ABC interview.

“Mr Turnbull’s form of politics is because he doesn’t get every present he wants, he throws teddy in the dirt and says, ‘well, to hell with that’,” Joyce said.

“He knows full well. He understands politics. That he is inherently going to inspire a process that makes our nation weaker. And I’d say to Mr Turnbull: have a little bit more consideration and do something statesmanlike.”