‘It should be higher’: Liberal Senator backs calls to raise Newstart 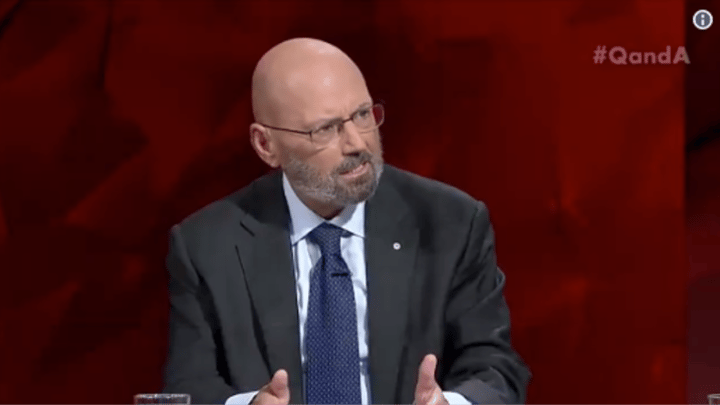 It’s a phrase often uttered by those in receipt of the unemployment benefit, but last night Liberal Senator Arthur Sinodinos broke ranks with his party to claim that the current rate of Newstart allowance should be raised to better support those struggling to find work.

Speaking on the ABC’s Q&A program on Monday evening, the politician said he believes that the payment needs to be increased from the current rate of less than $40 a day for a single unemployed person.

“I think over time it should be higher,” he said. “That’s probably a slightly radical thing for me to say here – and I’m putting a personal view, I’m not necessarily talking on behalf of the government here – but my observation is that this does raise an issue that should be considered at some stage.

“There is a cost to the Budget, there’s an expense. But then again budgets are all about choices. And over time we have to think about that choice in the context of our other choices.”

Sinodinos agreed with welfare groups, such as Vinnies Australia, who have campaigned for a higher allowance in the lead up to the Federal Budget which we will be handed down at 7.30pm on Tuesday, calling for action to be taken to help struggling Aussies.

He added: “I think rather than just either say we’re gonna [sic] put people in the workforce, they’ve got to find a job or as Labor is saying we will review the thing at some stage, I think we have reached the stage where we have to look more fundamentally about what we do about Newstart because its been allowed to decrease relative to wages for so long now.”

Is it fair that those on Newstart will excluded from the power bill relief payments? #QandA pic.twitter.com/3ZSo43PnrC

During his appearance on the show the politician was also questioned about the promised cash handout to millions of Australians to help cover the rising cost of power.

Many residents across the country are expected to receive a one-off Energy Assistance Payment of $75 for singles and $125 for couples by July to support them financially.

While those on the Disability Support Pension, Veterans, carers and single parents will receive the payment, people claiming Newstart have been notably left out.

When asked about this on Q&A, Sinodinos couldn’t provide a reason why they were not included, saying: “The short answer is I don’t know why.”

The politician’s comments come after data, released last year, revealed that older Aussies are actually spending longer on the dole than unemployed people in their 20s, debunking the “myth” that Newstart is a young person’s payment.

The findings, collated by the Australian Bureau of Statistics and analysed by The Benevolent Society, revealed that there were 174,532 Australians aged 55 to 64 signed on, compared to 156,664 between the ages of 25 and 34.

Joel Pringle from The Benevolent Society told Starts at 60 at the time that these figures show an alarming number of older people are “stuck on Newstart in the years leading up to retirement”, which then contributes to the increasing problem of pension poverty suffered by recipients of the Age Pension.

“What we’re hearing from financial counsellors is that people are having to sell their homes, people are running down their super before retirement and then they’re back on the pension,” he said. “I think that’s really the story coming out of these statistics.”

Federal Treasurer Josh Frydenberg is due to deliver his 2019/20 Budget at 7.30pm on Tuesday, April 2.

Are you in receipt of Newstart? Do you think the payment needs to be increased?