His number one fan! Nicole Kidman cheers on husband as he hosts drive-in concert 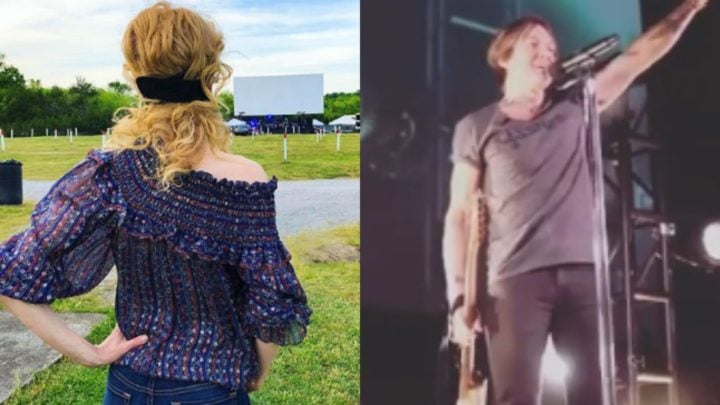 It’s no secret that Nicole Kidman and her husband Keith Urban are one of the happiest couples in Hollywood, and on Thursday evening the Australian actress couldn’t wipe her smile off her face as Keith staged a drive-in concert for frontline workers in Nashville, Tennessee.

The country star played at the Stardust Drive-In movie theatre for a crowd of more than 200 healthcare workers from Vanderbilt Health, a medical complex in Nashville. And Nicole was there to support, cheering him on from a safe distance.

Taking to Instagram on Friday, she wrote: “@KeithUrban just had to play!! Isolating with live music at last night’s first #UrbanUnderground drive-in gig for the incredible #frontline workers at @VanderbiltHealth.”

Many fans were quick to praise Keith for his kind efforts, with one writing: “He is a wonderful human!” Another added: “I’m so glad he was able to perform!” While a third wrote: “You two are amazing!”

The pair have been keeping themselves entertained while self-isolating. Last month the actress took to social media to show off her husband’s musical skills, posting a short video of him rocking out on his guitar. Nicole dubbed herself an “at home roadie” and gave an insight into how she’s spending her days in isolation.

“This is how I get to hang out now,” she said to the camera as Keith played a guitar solo in the background.

This is what being an at home roadie looks like 🎸❤️ @KeithUrban

While he didn’t have a live audience cheering him on, the country music star, whose most-loved songs include ‘Blue Ain’t Your Colour’ and ‘Somebody Like You’, still showed off his best skills, strumming his guitar and kicking his leg up in the air. The camera then panned back to Nicole who gave a thumbs up.

The video garnered plenty of support from fans, with one writing: “Nicole … you are one lucky woman. And you are appreciative. Keep smiling and glad you are both safe.”

“Awesome Nicole. Being Keith’s roadie sounds fun. Love you guys,” @libbyjett said. While @jwlofthenile added: “Lovely Nicole. It’s splendid you are so busy but so heavenly you would take the time to give back and post to inspire.”

Are you a fan of Nicole Kidman and Keith Urban? How are you keeping yourself entertained in self-isolation?