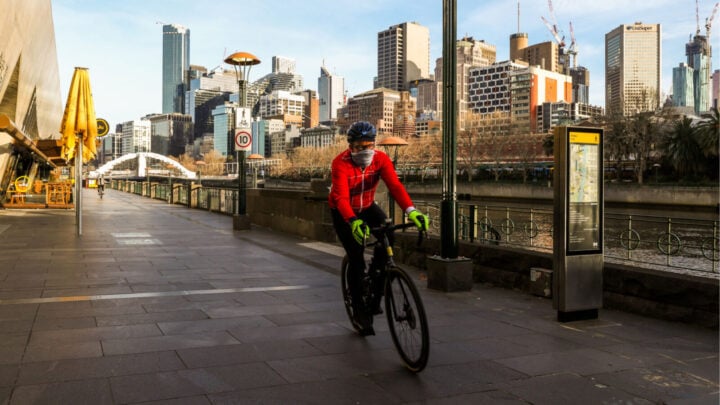 Things are about to get even more uncomfortable in the southern states, the ABC reports this morning, with snow, hail, frost and widespread rain caused by two low pressure weather systems to hit Victoria, New South Wales, Tasmania and Canberra in the coming days.

The national broadcaster also speaks to Wendy Morgan, a 59-year-old former lab technician who has been on JobSeeker for eight years and says Centrelink’s employment agencies send her only unskilled, physically demanding roles she’s not able to do – because it’s the providers think she’s too old to get a job in her area of expertise. With the requirement that JobSeeker recipients outside Victoria apply for up to four jobs a month or lose their benefits she fears she’ll end up living in her car because she can’t do the jobs the agencies recommend she apply for.

In other Covid-19 news, The Australian has exclusive access to a report by consultancy McKinsey & Co that finds Aussies aged 75-plus are three times more worried about the impact of an economic recession caused by Covid-19 than they are about their personal health. Other stories from the broadsheet indicate they may be right, including one that warns Victorians face a meat shortage thanks to the shutdown impact at abattoirs and meatworks.

Meanwhile, The Age reports that about 30 Victorian state MPs will defy the strict lockdown and the advice of the state’s health authorities to meet at Parliament House in Melbourne for debate and questions.

And The Courier Mail says that a man in Queensland who avoided quarantining after returning from Afghanistan was not a consular official as he claimed to be.

In global news, CNN says the Vatican has denied that former Pope Benedict is seriously ill after contracting shingles, saying the 93-year-old is recovering from a “painful but not serious” condition.

And the BBC reports that Juan Carlos, the former king of Spain, who handed power to his son Felipe six years ago, will leave the country after being linked to a corruption scandal. It’s not clear when Juan Carlos will leave Spain or where he will reside, the British broadcaster reports. In March, King Felipe renounced the inheritance he’s due to receive from his father amid concerns over how Juan Carlos built his wealth during his 39 years on the throne.