Most successful love scammer yet? Man posing as soldier cons women out of $2.9M 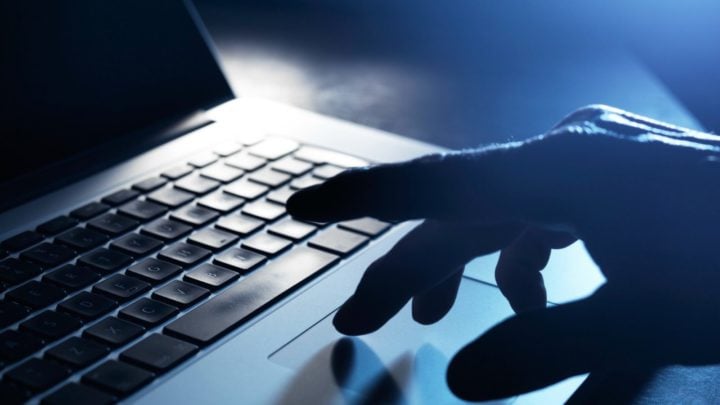 More and more over 60s are continuing to fall for these elaborate stings. Source: Getty

A man posing as an American soldier has been charged with fraud after allegedly scamming more than 30 women out of more than US$2 million (AU$2.9 million) in a series of elaborate online romance scams. Rubbin Sarpong, 35, of New Jersey, would allegedly set up fake dating profiles on various websites and con victims into handing over their hard-earned money, the US Department of Justice said in a statement on Wednesday.

“Between January 2016 and Sept. 3, 2019, Sarpong and his conspirators, several of whom reside in Ghana, allegedly participated in an online romance scheme, defrauding victims in New Jersey and elsewhere,” the department said.

After establishing romantic relationships with the victims, Sarpong allegedly asked them for money. The most commonly used story was that they were American soldiers stationed in Syria and they needed the money to ship gold bars back to the US under the promise they’d be sending the victim’s money back.

“Although the stories varied, most often Sarpong and the conspirators claimed to be military personnel stationed in Syria who received, recovered, or were awarded gold bars,” the statement continued.

“The funds were not used for the purposes claimed by the conspirators – that is, to transport non-existent gold bars to the United States – but were instead withdrawn in cash, wired to other domestic bank accounts, and wired to other conspirators in Ghana.”

Federal law enforcement agents have alleged that Sarpong and the others collected more than $2.1 million over the years, with Sarpong personally receiving more than $800,000. Sarpong faces a maximum of 20 years in prison if found guilty and a $250,000 fine.

Online love scams have become a growing issue around the world, as sophisticated scammers target lonely and often quite vulnerable people and rob them of their savings – all while convincing them they’re in a loving relationship. It’s one of the cruellest deceptions imaginable, and while many people may struggle to understand how someone could be convinced to send money overseas without ever meeting the recipient, more and more over 60s are continuing to fall for these elaborate stings.

Jan Marshall, a 65-year-old former change manager, previously revealed to Starts at 60 how she was manipulated into falling in love and even accepting a marriage proposal in just 72 days from a man she believed was contacting her from Canada. Sadly, he was actually a sophisticated scammer operating from overseas. She was later deceived into giving away her entire life savings.

Jan luckily managed to save back some money – enough to pull her out of debt – by selling her home and working for several more years in a fairly high-paid job, but due to giving large amounts of her superannuation away, she’s now faced with being a “poor pensioner”. Jan has since warned Aussies that there is no profile for a scam victim. While she said many people blame being “lonely” or “single” on falling for the lies, it can happen to anyone – and she’s seen it herself, having now set up a support group and blog for other victims of scams.

Meanwhile, it comes after a heartbroken widower was left hundreds of thousands of dollars out of pocket after falling victim to an elaborate dating scam earlier this year. The 69-year-old told the Sunshine Coast Daily he was swindled out of close to $400,000 by cruel scammers who posed as a potential love interest on a dating site, the Daily Mail reports.

The Baby Boomer, who was left alone following the death of his beloved wife of 35 years, was tricked into handing over around $377,000 over the course of one year. Left feeling lonely after his wife’s passing, the man reportedly turned to the dating site in hopes of finding a new partner but it all went downhill from there. Instead of forming a relationship, he was left in a financial mess after paying thousands of dollars for what he thought were membership fees, an engagement ring, marriage costs and legal costs for his supposed future wife.

The Australian Competition Consumer Commission (ACCC) says you should never send money to someone you haven’t met in person, to always consider the possibility that the approach may be a scam, to be alert to things like inconsistencies in their back story and to be cautious when sharing personal pictures or videos.

What are your thoughts on this story? Have you fallen victim to a scam like this?