Let’s Talk: Do you know what to do when you see a flashing siren? 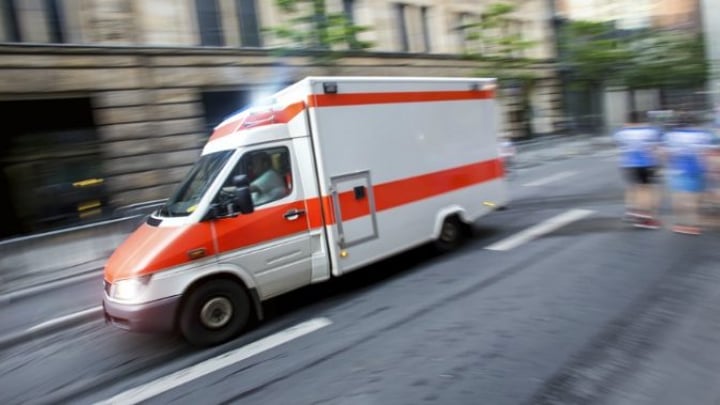 In Australia, there is currently no national protocol on how drivers should behave when an emergency vehicle approaches them from the front or from behind.

It’s all too common to see drivers jerk to either side of the road, speed up to “get out of the way” or, in some cases, screech to a halt — but what are you actually meant to do in a situation when an emergency vehicle comes barrelling down the road towards you?

The Victorian State Government just announced drivers would be slapped with huge fines if they did not slow to 40 kilometres per hour when passing ambulances, fire or police with flashing lights, or sirens that had stopped on the roadside.

Under changes to be introduced July 1, Victorian drivers who break the new road rule could be forced to fork out $277 for the on-the-spot fine or face a court-imposed penalty of up to $793.

While drivers don’t risk losing demerit points, it begs the question: why are the rules in other Australian states different?

In Queensland, the law says drivers can actually drive onto the wrong side of the road or drive through a red traffic light to get out of the way of an emergency vehicle, “if it is safe to do so”.

While you can still cop a $284 fine for not moving out of the way of an emergency vehicle, or moving into its path, on any given day in Queensland, drivers still look pretty confused over what they’re meant to be doing.

In Western Australia, the first thing their government advises is to “not panic” when encountering an emergency vehicle whilst driving — it also says you cannot break the law trying to give way — their website reads: “For example, driving through a red light,” is not ok in WA.

It advises drivers to slow down or stop if they can’t move to the left safely.

Interestingly enough, while Victorian motorists won’t lose demerit points for failing to slow when passing an emergency vehicle, WA drivers will — in addition to being slugged with a fine.

While the rest of Australia has considerably uniform laws as to what you’re meant to do in this situation, why are the rules so different in QLD, WA and now Victoria?

The Victorian State Government has said the new 40km/hr speed limit regulation would help protect police and paramedics who faced the danger of being hurt or killed on the job by speeding cars and trucks.

One-fifth of emergency workers revealed they had had several close calls while helping people on the roadside in the last three years according to a recent survey.

“Emergency services workers are telling us that they feel in danger while they’re doing their job,” Roads Minister Luke Donnellan said.

“Sometimes it will be difficult to enforce but it’s about getting the community to think about safety first.”

What do you usually do? Do you know the laws in your state?