How loneliness is causing ‘rapid memory decline’ among seniors 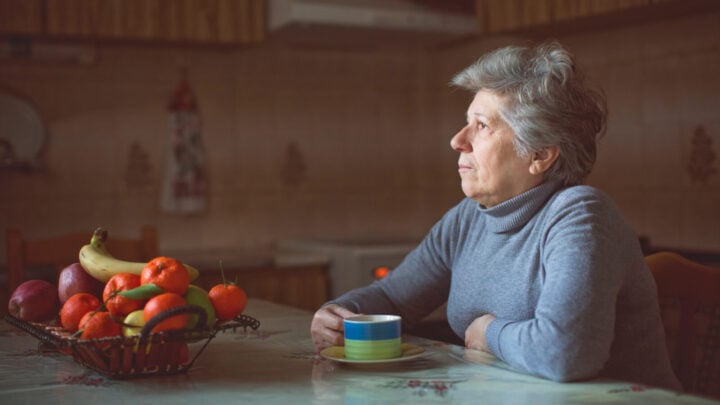 The findings indicated that the association between loneliness and memory ageing was most prevalent in individuals aged 65. Source: Getty Images.

Loneliness and social isolation have long been studied in regard to their health impacts on seniors and now researchers from the University of Michigan School of Public Health have discovered how prolonged loneliness in adults over 65 impacts “accelerated memory ageing”.

In the study titled, Cumulative loneliness and subsequent memory function and rate of decline among adults aged ≥50 in the United States, 1996 to 2016, researchers analysed data collected from a series of interviews from over 9,000 adults over age 50 from the US Health and Retirement Study from 1996 to 2016.

Researchers evaluated the participants’ durations of loneliness from 1996 to 2004 in relation to changes in memory function over the following 12 years from 2004 to 2016.

Cumulative loneliness and subsequent memory function and rate of decline among adults aged ≥50 in the United States, 1996 to 2016 https://t.co/qqJefGuyMH

Assistant Professor of Epidemiology and senior author of the study, Lindsay Kobayashi discovered “that feeling lonely for a longer duration of time was associated with more rapid memory decline”.

“Suggesting that it is never too late in life to work on reducing feelings of loneliness to support healthy aging​​,” Kobayashi said.

The findings also indicated that the association between loneliness and memory ageing was most prevalent in individuals aged 65 and over, with women experiencing an increased memory decline to men.

Doctoral candidate in Epidemiology and lead author of the study, Xuexin Yu offered a possible explanation as to why women experience faster memory decline.

“Women tend to have larger social networks than men, which may make women less likely to feel lonely than men, but more vulnerable once experiencing long-term loneliness,” Yu said.

“Social stigma and the reluctance to admit loneliness may also be a factor in this observed gender-specific association.”

The Stronger Together: Loneliness and social connectedness in Australia report released in November 2021 by Bankwest Curtin Economics Centre found that poor health outcomes linked to loneliness cost up to $2.7 billion each year.

“We found the overall costs associated with the prevalence of loneliness in society to be up to $2.7 billion each year, an equivalent annual cost of $1565 for each person who becomes lonely.

“More than half of women and men aged over 65 who feel lonely most of the time report poor health, which is around twice the rate of those who do not feel lonely. Both men and women in the same age cohort who report being lonely pay nearly 10 visits per year to their GP – around four visits more than their not-lonely counterparts.

“Taken all together, these findings indicate that increasing loneliness comes at a high cost to our society and that mitigating loneliness could reduce demands on our health system, improve community connectedness and enhance personal wellbeing through the life course.”

If you’re feeling impacted by loneliness one of these organisations might be able to provide assistance.