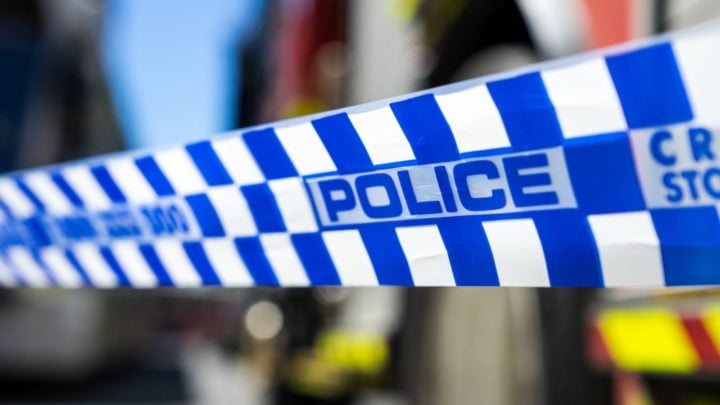 An intruder has died following a home invasion gone wrong, with a father now being questioned over whether he used reasonable force to protect his home and family. Source: Getty

A home intruder has died following a struggle with a resident in a home invasion gone wrong in Sydney’s Harrington Park at the weekend.

New South Wales Police confirmed that a male intruder died inside a home at Westwood Court on Sunday morning. The male resident of the home, Johan Schwartz, was woken at around 7:30am to his dog barking and found the intruder inside his house. His wife and baby were also inside the family home at the time of the invasion.

Police explained that Neighbours were informed of the incident and that two members of the public performed CPR on the unconscious intruder. Emergency services were also contacted and ambulance paramedics attended the scene. They were unable to revive the man.

Harrington Park: An intruder has died after being confronted by a home owner during an early morning break in at a home. Tonight, the Harrington Park man is being questioned by police over exactly what happened. @Andrew_Denney #7News pic.twitter.com/KuCuyO6B4T

Meanwhile, Schwartz was taken to the nearby Narellan Police Station to assist police with their investigation into what happened.

“As a result of that struggle, the male intruder has collapsed and become unconscious,” Detective Chief Inspector Shane Woolbank told reporters. “Generally, people are entitled to their home and they’re entitled to use reasonable force to protect themselves and their property.”

According to 7 News Sydney, the intruder’s heart stopped during the incident. Police don’t yet know why the man was inside the home, but believe other residents saw the man running around Harrington Park from 3am the same morning.

Witness Mariano Moscabenny told 7 News the man was not wearing shoes and was seen in a singlet. He was later identified as a 35-year-old man from the local area. An autopsy will determine if reasonable force was used and what action could be taken against Schwartz.

The story has made headlines around the country, with politicians already sharing their opinions. One Nation leader Pauline Hanson defended Schwartz in a Facebook post on Monday morning.

“You should be able to defend your own home,” she wrote. “I have zero sympathy for anyone who breaks into someone’s home during the middle of the night and ends up dead. The thought this family man could be charged for the death of a home invader must be gut-wrenching.”

Others have also taken to social media, sharing their thoughts on a video posted by 7 News Brisbane.

One person said: “Well done. Let the man go…. It’s time we started fighting back, it’s not like our courts are doing anything.”

Another comment read: “Defending his family, great job. I would do anything to defend my family, as any sane person would.”

A third added: “I back the home owner for defending his property.”