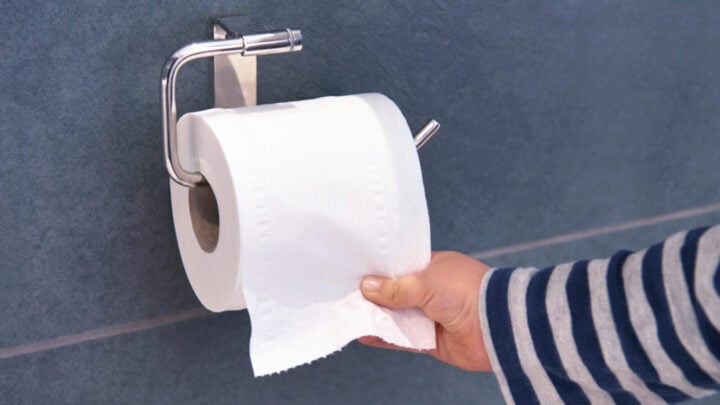 The school board member was caught relieving herself on the toilet during a work video chat. Source: Getty.

A school board member in New Jersey in the United States has lived everyone’s worst nightmare after she was caught relieving herself on camera during a work video chat.

Just like much of the world, the Hackensack Board of Education has moved the bulk of its meetings online, using the platform Zoom to discuss important matters. But this week they went viral for all the wrong reasons when trustee Frances Cogelja accidentally broadcasted her toilet visit to her colleagues.

According to a report in the Daily Voice, Cogelja didn’t realise her laptop camera was on when she brought it into the bathroom to relieve herself. Her trip to the toilet was witnessed by nearly 150 participants, including students.

After the incident, the board’s vice-president, Scott James-Vickery, reportedly told Cogelja, “You need to go. We’re here trying to get work done while you’re sitting on the toilet.”

Cogelja has since resigned as a trustee of the Hackensack Board of Education over the embarrassing video fail.

This isn’t the first video blunder to make headlines since the beginning of the pandemic. In April, Welsh Health Minister Vaughan Gething made headlines after he was caught openly criticising fellow politician Jenny Rathbone.

The 46-year-old fell into trouble when he forgot to turn off his microphone and could be heard saying, to the horror of the 20 government officials dialled into the chat, “what the f**k is the matter with her?”.

After the success of virtual Parliament this morning, Welsh Health Minister Vaughan Gething showed us how it’s NOT done by leaving his mic on after finishing his statement this afternoon… pic.twitter.com/7P7NpVpqK1

The shock of his colleagues was evident at the time, with some covering their faces in disbelief, while others struggled to contain their laughter. Despite calls from presiding officer Elin Jones to turn his microphone off, the minister could be heard muttering in the background about Rathbone, clearly unaware that his comments could be heard by everyone else on the call.

A video of the chat was published online, where it quickly gained a lot of attention. “I’ve watched this too many times, focusing on a different person’s reaction each time,” @kerrya11en commented on Twitter. “The reactions of the others are the best part,” @welshblondie28 added. While @Jamesspenle said: “This is so bad, it’s hilarious.”

Have you been using video chat apps? Have you ever experienced anything embarrassing like this?