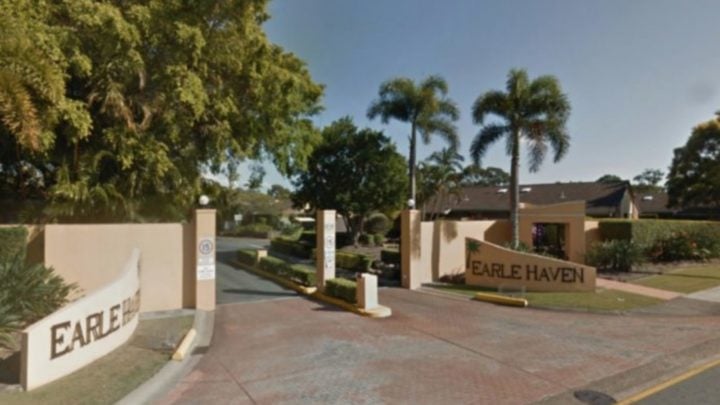 The woman reportedly the woman "fell and hit her head" after being moved from the Earle Haven Retirement Village on Thursday. Source: Google Maps

Several reports have claimed an elderly woman is in a critical condition from a fall that occurred shortly after she was evacuated from a Gold Coast aged care facility that shut down unexpectedly this week.

According to The Courier Mail, the woman “fell and hit her head” after being moved from the Earle Haven Retirement Village on Thursday. She was one of 70 residents moved from the home after it was closed without warning following a reported staffing dispute.

However, a HelpStreet spokesman told the ABC they left early because they couldn’t guarantee staff wages. A claim which was then denied by People Care owner Arthur Miller who told the Gold Coast Bulletin that his company had agreed to pay employee wages for the final month.

“Earle Haven Retirement has no debt, we have all the money for employees but there are a lot of things we have to take care of,” Miller said. “We told them they had up until the 9th of August to leave the premises, the decided to leave earlier.”

Steven Miles, Queensland Minister for Health, has since blasted the “disgusting” treatment of the “70 odd vulnerable Queenslanders”, calling on the Federal Government to step in and help resolve the situation. Miles added that, since writing to the Federal Minister Thursday, his staff have since held a teleconference with his secretary.

“The fact is regulation and funding of quality and safety [in aged care] is the responsibility of the Commonwealth and I expect them to investigate what went wrong here and how it can be avoided in the future,” Miles said in a press conference Friday.

“I think everyone involved has to take some responsibility. At the end of the day they are charged with taking care of 70 odd vulnerable Queenslanders. They make a profit from caring for 70 odd vulnerable Queenslanders, whatever their internal disputes there is no excuse for just walking out on them, no excuse for taking their patient records, pharmaceuticals, mop buckets … the behaviour here, who ever is responsible ist just disgusting.”