Vanessa Amorosi to sue her mum over unpaid earnings 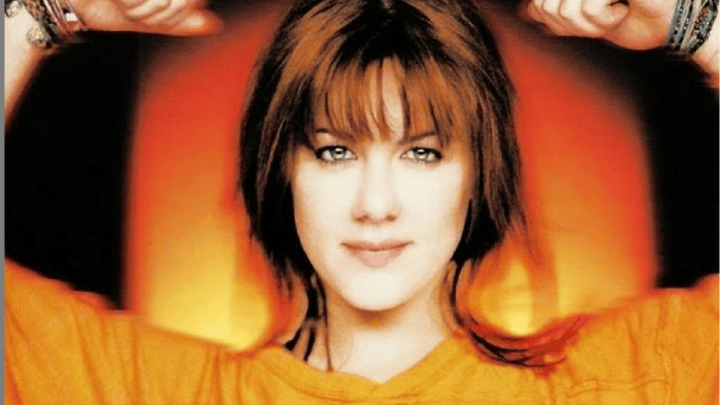 The singer, who sung alongside Slim Dusty, Kylie Minogue and Nikki Webster at the Sydney Olympics, is suing her mother for unpaid earnings. Source: Instagram/@vanessaamorosi

Rising to fame at just 17 years of age, Australian singer Vanessa Amorosi relied on her mother to manage her finances, however, the singer is now suing her mum, alleging she withheld her earnings and robbed her of thousands in royalties.

The 39-year-old award-winning singer, who has sold more than two million records worldwide, filed the action in the Victorian Supreme Court against her mother, Joyleen Robinson, over allegations of unpaid earnings from the performer’s long musical career.

The court documents reveal a 20-year period in which Vanessa alleges her mum engaged in “unconscionable conduct” in depriving her of touring income and royalties.

The claim states Vanessa was living with her mum, a casual cleaner, in the family home at Narre Warren and working seven days a week while at school. Vanessa also says she relied on her mother, who had no substantial assets besides a family home that had a mortgage, to manage her finances.

In 1999, Joy allegedly told Vanessa that she would arrange for her income to go through a company to protect her from creditors. Vanjoy was set up, with both mother and daughter owning half the shares. All of the star’s income was paid into the company’s account and Joy took responsibility for all of the company’s decisions and transitions.

The following month, Vanessa released her big hit single, ‘Absolutely Everybody’, which reached number six on the Australian charts and hit the top 10 across Europe.

Following the huge success of ‘Absolutely Everybody’, the singer released her first album, The Power, soon after. The album reached four times platinum status in Australia, selling at least 240,000 copies. In 2000, the star performed live at the Sydney Olympics.

In the years that followed it is alleged that Joy set up more companies and trusts with the same aim, to “protect her [daughter] from creditors and allow her to invest her money”.

The court documents claim that Joy acted as her daughter’s fiduciary, and was required to act in Vanessa’s best interests and not make a profit at her expense. Between 1999 and 2020, the work Joy did mostly consisted of administrative work on an ad hoc basis, to which she was entitled remuneration of $10,000 a year – her only source of income during this period.

In the 1999/2000 financial year alone, Vanjoy paid $70,000 to Joy as a salary and an additional $10,000 to Joy’s superannuation account. The same year Vanessa was assigned just $45,000 in income, however, the singer never saw the money, which instead was allegedly paid to “a person or persons unknown”.

The court documents reveal that Vanessa is claiming she often didn’t get what she was owed over a period spanning 20 years. Instead, the money was either paid to her mother, distributed to trusts, paid to Joy’s children or step-children or paid to “persons unknown”.

In one of many examples specified in the documents, Vanessa was assigned an income of $862,512 for the 2000-2001 financial year. According to the claim, the singer, who was just 20 at the time, did not receive a penny. Instead, $390,000 was used to pay off a mortgage on a Narre Warren home, which Joy and her husband continue to live in, while the rest allegedly disappeared.

In failing to act in her daughter’s best interests and making a profit at her expense, the documents allege that Joy breached her duties and engaged in “unconscionable conduct”.

The court documents reveal the singer is seeking “equitable compensation” for the money paid to others during her career, and the title of trustee over one of the trusts set up by her mother. Vanessa is also seeking the sale and the profits of the Narre Warren property.

Have you ever dealt with financial conflict in your family?