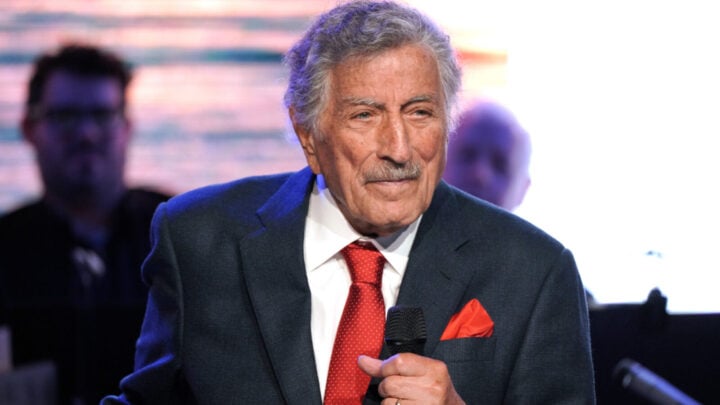 The singer has been living with the debilitating disease since 2016. Source: Getty.

Legendary singer Tony Bennett has revealed he has Alzheimer’s disease. The 94-year-old, whose impressive career has spanned more than 70 years, announced the news on Monday via Twitter.

“Life is a gift – even with Alzheimer’s. Thank you to Susan and my family for their support, and AARP the Magazine for telling my story,” he wrote on social media along with a link to the story.

The ‘Rags to Riches’ singer’s family opened up about his diagnosis in an exclusive interview with AARP The Magazine, which was published on Monday, saying he was diagnosed in 2016. His wife Susan, 54, told the publication that the famed singer had been losing his ability to make decisions since he was diagnosed with the debilitating condition more than four years ago.

Life is a gift – even with Alzheimer’s. Thank you to Susan and my family for their support, and @AARP The Magazine for telling my story.

“He would ask me, ‘What is Alzheimer’s?’ I would explain, but he wouldn’t get it. He’d tell me, ‘Susan, I feel fine.’ That’s all he could process – that physically he felt great. So, nothing changed in his life. Anything that did change, he wasn’t aware of.”

Meanwhile, the story, written by John Colapinto, also gives readers a glimpse into Bennett’s everyday life since he was diagnosed. “His expression had a mask-like impassivity that changed only slightly to dim awareness when Susan placed a hand on his shoulder, leaned over and said, ‘This is John, Tone. He’s come to talk to us about the new album.’ She spoke into his ear, a little loudly perhaps, in a prompting, emphatic register, as if trying to reach her husband through a barrier that had fallen between him and the rest of the world.”

Colapinto continues, “At one point, as Susan and I stood chatting, he looked up suddenly from the book in his lap and, flashing that familiar smile, asked me in his soft, sueded whisper, ‘How’s the weather outside?’ Had I not known that he and Susan had just returned from walking their dog in the park, I might not have suspected that anything was amiss.”

Despite his diagnosis in 2016, a follow-up to Cheek to Cheek – his chart-topping duets album with Lady Gaga – will be released later this year. As of 2021, he has a won a total of 19 Grammy Awards. His other famous hits include ‘I Left My Heart In San Francisco’ and ‘Fly Me To The Moon’. His first hit, ‘Because of You’, was released in 1951.

Are you a fan of Tony Bennett? Do you have a message for him or his family?