Actress’ wish for husband: Have lots of girlfriends, just not at my funeral 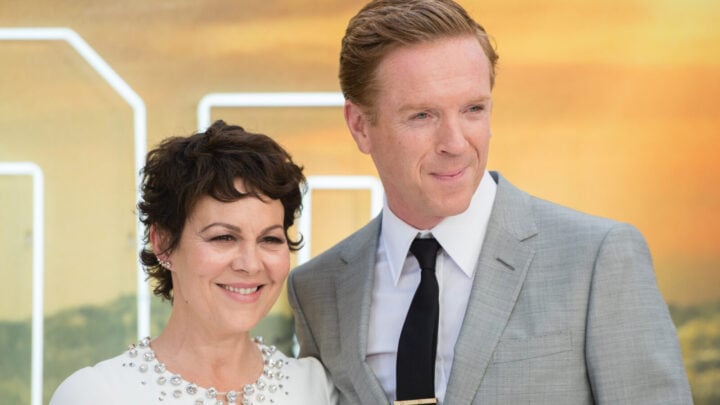 Helen McCrory and Damian Lewis would have celebrated their 14th wedding anniversary in July. Source: Getty

Moving on from a husband’s or wife’s death can take some people years, with others choosing never to look for love again. However, English actress Helen McCrory, who passed away on April 9 at the age of 52 after battling cancer, gave her husband of 13 years, fellow actor Damian Lewis, one final instruction: have “lots” of girlfriends.

In a deeply moving yet also funny piece penned for The Times, Damian shared how Helen, who was best known for playing Narcissa Malfoy in the Harry Potter film series and Polly Gray in the popular television series Peaky Blinders, hoped he’d find love again after her death. However, she just had one requirement, that he doesn’t snog anyone at her funeral.

“Her generosity has extended to encouraging us three to live,” he said, making reference to himself and their two children. “Live fully, take opportunities, have adventures. Only a couple of weeks ago she said to us from her bed, ‘I want Daddy to have girlfriends, lots of them. You must all love again. Love isn’t possessive. But, you know, Damian, try at least to get through the funeral without snogging someone.’ Already I miss her.”

It’s certainly not easy moving on after a spouse dies, and we previously asked Starts at 60’s readers what they thought about the topic and whether they felt there’s a certain amount of time people should wait before looking for love again. While most agreed there shouldn’t be a set period, others insisted it was more respectful to wait several months.

“I was widowed five years ago. It was not until late last year, at the urging of friends, that I tried finding a date online. I lasted about a week but couldn’t be bothered after that,” Judy Elsworthy explained of her own situation.

“In my case, the fellows simply did not match up with my late husband. Many of them only wanted a nurse/sex partner/mother. So the answer is … your gut will tell you when the timing is right, and don’t let anyone tell you it’s too soon or too late … it’s personal.”

Her opinion was echoed by Elisabeth Shaw, CEO of Relationships Australia (NSW), who said some people may see moving on as a form of “betrayal” but, really, the amount of time you wait doesn’t represent the depth of love you had for your late partner.

“The length of grieving, or being alone, is in fact no measure of your dead spouse’s value. It may be that you grieve them even while re-partnered, and on some level always will,” she explained.

What do you think of Helen's comments to her husband?