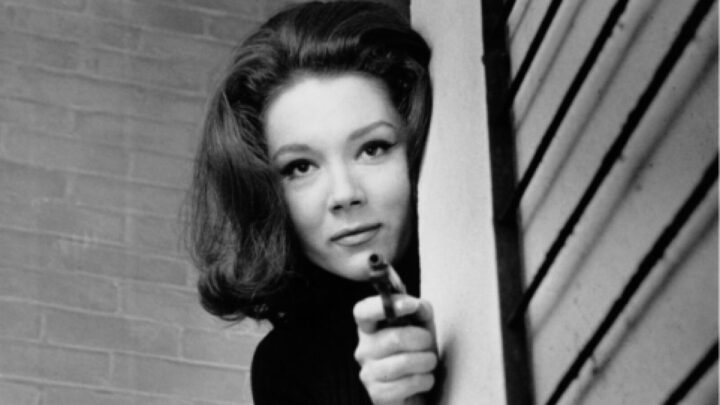 Actress Dame Diana Rigg, best known for her role in the James Bond movies, has died at the age of 82 after losing her battle with cancer.

“She died peacefully early this morning,” her agent told Deadline on Thursday. “She was at home with her family who have asked for privacy at this difficult time.”

Rigg was diagnosed with cancer in March, her actress daughter Rachael Stirling also told the publication.

“My beloved ma died peacefully in her sleep early this morning, at home, surrounded by family,” Stirling said. “She died of cancer diagnosed in March, and spent her last months joyfully reflecting on her extraordinary life, full of love, laughter and a deep pride in her profession. I will miss her beyond words.”

The award-winning actress was known as the only woman who became Mrs James Bond. Rigg played Tracy, who married George Lazenby’s Bond in the 1969 film On Her Majesty’s Secret Service. Rigg also starred in the cult 1961 TV series The Avengers and in her later years HBO’s Game of Thrones.

The official Twitter account for James Bond led the tributes to the actress, writing: “We are very sad to hear of the passing of Dame Diana Rigg, the legendary stage and screen actress who was much beloved by Bond fans for her memorable performance as Tracy di Vicenzo in On Her Majesty’s Secret Service, the only woman to have married James Bond.”

"We are very sad to hear of the passing of Dame Diana Rigg, the legendary stage and screen actress who was much beloved by Bond fans for her memorable performance as Tracy di Vicenzo in On Her Majesty’s Secret Service, the only woman to have married James Bond." pic.twitter.com/nqQCSg35oM

Meanwhile, Miss Piggy, who starred alongside Rigg in the 1981 film The Great Muppet Caper, tweeted: “#DianaRigg was a star. She possessed undeniable talent, incredible presence, and a fashion sense equal to mine! I will always remember the fun, laughter, and joy moi shared with my dearest Lady Holiday.”

Kermit the Frog said: “As fabulous as the fabulous Baseball Diamond, #DianaRigg stole the show as Lady Holiday in The Great Muppet Caper. @TheMuppets will never forget her brilliance, her wit, and her kindness to us all.”

Blackadder star Tony Robinson wrote: “#DianaRigg I’m sure there’ll be a lot of justifiable fluff about Diana online but I’d like to let you all know she was a very principled woman with a deep commitment to her trade union Actors Equity. RIP.”

One fan wrote: “#DianaRigg was a great actress and #TheAvengers TV series really took an iconic hold of generations who hadn’t really seen a woman doing fight scenes/handling firearms against baddies before. She was awesome and an original.”

“For u young people who only knew Dame Diana Rigg from #GoT, for young girls like me in the ’60s she was a revelation. All the other tv women then were wives & mothers but she was the 1st hot dangerous ass kicking take no prisoners super spy/detective we’d ever seen. RIP trailblazer,” another fan commented.

Looking back on the life and career of Dame Diana Rigg, best known for her iconic roles in "Game of Thrones," "The Avengers," and 'On Her Majesty's Secret Service.' #RIP 💙 pic.twitter.com/RWTfPt9QvZ

Have you been following this story? Were you a fan of Diana Rigg.