Australia to be battered by severe storm season 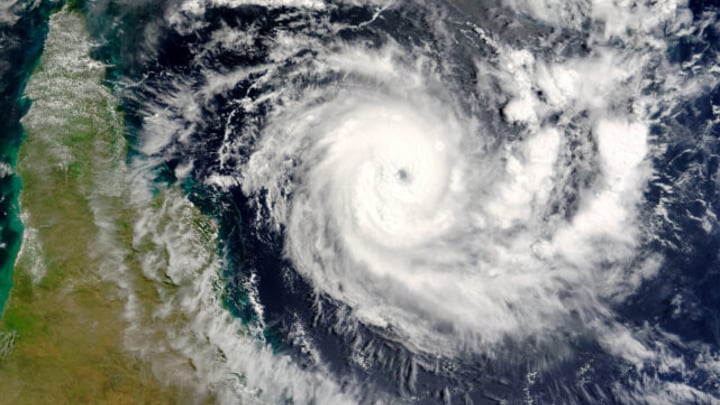 Severe weather is on the way as cyclones and flooding are predicted. Source: Getty Images.

Australians are being urged to prepare for a severe storm season with cyclones and flash flooding on the horizon.

The Bureau of Meteorology’s (BOM) Severe Weather Outlook has forecast a slightly above average cyclone season and an increased risk of widespread flooding over the east and north of Australia.

According to the Australian Tropical Cyclone Outlook for 2021 to 2022 Australia has a 65 per cent chance of having more cyclones than average.

The Severe Weather Outlook is released by BOM annually in early October and outlines the risk of thunderstorms, bushfires, heatwaves through to the end of April when the severe weather season ends.

Severe weather can occur at any time of the year, but October to April is the peak period for #bushfires, #heatwaves, #flooding, tropical #cyclones, and severe #thunderstorms in Australia.

Bureau of Meteorology Senior Climatologist Greg Browning said many factors were contributing to the forecast of severe weather.

“Warm waters to the north of the continent, and the sea surface temperature patterns across the tropical Pacific and Indian oceans, are driving our outlook towards more rainfall for eastern and northern Australia,” he said.

“It is also likely that the first rains of the northern wet season will arrive earlier than normal for much of northern Australia.

“And with an already wet landscape and above-average rainfall likely, there is an increased risk of widespread flooding for eastern and northern Australia.”

Browning urged Australians to be prepared for this coming storm season.

“Severe weather can disrupt and endanger lives in many ways, that is why the Bureau is asking the community to ‘know your weather, know your risk’,” he said.

“That means understanding the kinds of severe weather that can impact the area you live in and what you should do when it occurs.”

The latest outlook from BOM comes after an earlier warning in October for severe storms to lash the east coast of Australia.

When it comes to being prepared for severe storms the Bureau of Meteorology suggests the following steps to stay safe:

When a severe thunderstorm approaches:

-Shelter and secure pets and animals.
-Check your yard or balcony and secure or store items that could blow around in strong winds, e.g. garden furniture, trampolines.
-Park vehicles under solid shelter or cover with firmly tied tarpaulins/blankets.
-Secure doors and windows.

When a severe thunderstorm strikes:

-Stay inside and shelter well clear of windows, doors and skylights.
-Don’t use a fixed telephone during a thunderstorm due to lightning danger.
-Avoid touching brick or concrete, or standing bare-footed on concrete or tiled floors.
-Keep checking the Bureau website or app and listen to your local radio station for storm warnings and updates.

Stay up to date with the latest weather warnings and updates in your area via the Bureau’s website or app.

Are you worried about the latest forecast for severe storms? Are you prepared for this year's storm season?