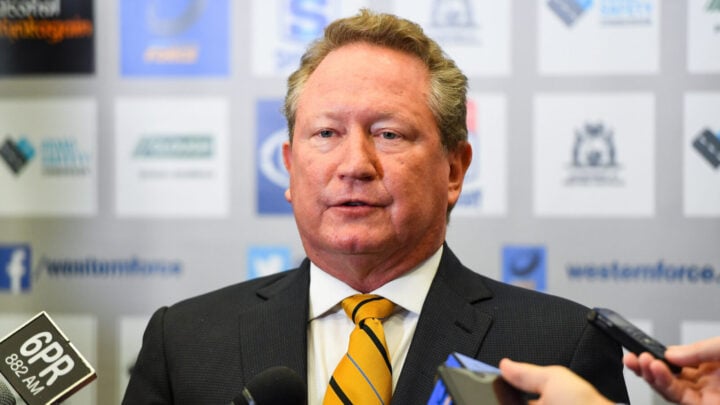 Forrest is currently chairman for the Iron ore company, Fortescue Metals Group, a company he founded in 2003 and which by 2020 had accumulated revenue of $17.62 billion dollars.

The lawsuit comes after Forrest requested on a number of occasions for Facebook to more effectively monitor their user’s content after people were allegedly falling victim to the scams which were imitating “sponsored posts” and included false details of the businessman’s “investment strategy”.

The lawsuit will be the first of its kind in the Western Australian Magistrates court after Forrest received approval from the attorney-general to launch the legal motion which falls under the commonwealth criminal code.

Forrest defended decision to sue the multi-billionaire social platform which he explained as “being taken on behalf of those everyday Australians” affected by scams.

“This action is being taken on behalf of those everyday Australians – mums and dads, grans and grandads – who work all their lives to gather their savings and to ensure those savings aren’t swindled away by scammers,” he said in a statement.

“I’m acting here for Australians, but this happening all over the world.”

The scams took the form of clickbait ads which claimed Forrest made his $27 billion dollar fortune through cryptocurrency trading.

Forrest argues that despite regular appeals to Facebook to put a stop to the scams, they failed to develop relevant steps to prevent fraudulent activity on their platform or create the necessary controls to prevent its systems from being used to circulate scams in the first place.

“I’m doing this on behalf of innocent Australians who don’t have the resources to take on companies like Facebook … The same people who are being scammed and many of whom have seen me falsely featured on Facebook advertisements,” he said.

“I want social media companies to use more of their vast resources and billions of dollars in annual revenue to protect vulnerable people who are targeted and fall victim to these scams,” he said.

“Social media is part of our lives, but I want more to be done to ensure fraud on social media platforms is eliminated or significantly reduced.”

A spokesperson for Facebook’s new corporate parents, Meta, assured that appropriate measures were being taken to regulate scams on the platform.

“We take a multifaceted approach to stop these ads, we work not just to detect and reject the ads themselves but also block advertisers from our services and, in some cases, take court action to enforce our policies,” the spokesman said.

“We’re committed to keeping these people off our platform.”

The initial hearing will take place on March 28 where three charges against Facebook will be heard.

What do you think of Forrest's decision?