‘Generation of snowflakes’: Academic says schools are too politically correct 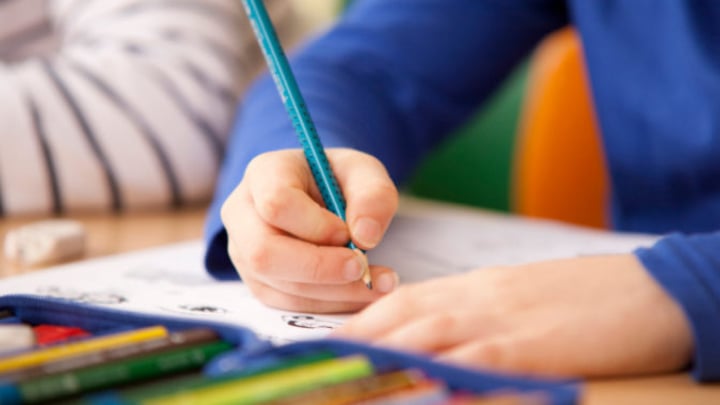 The academic said schools need to be tougher with their grading. Source: Getty

Australian Academic Dr Kevin Donelly has hit out at schools claiming they are creating a “generation of snowflakes” by becoming too politically correct.

“We’ve got a very crowded, politically correct curriculum and we’re not spending enough time on the basics,” he exclaimed. “It’s all care, share, grow, you don’t fail anyone.

“Teachers have to write pages and pages of reports about students and it’s really difficult for parents to know the standard.”

Afraid the education system is on a downwards spiral, Donelly said there needs to be more discipline around grading. According to the academic, schools are too concerned about how children will react if they fail a subject instead of teaching what is necessary, such as maths, English and science

Read more: Have we gone too soft? School ditches exams in favour of interviews

Explaining that parents and teachers can obviously help children when they are struggling, Donelly said it’s important schools change their ways before it’s too late.

“We can’t afford to have young kids going into a job or university thinking near enough is good enough because often the first time they are told they’re not up to scratch or they fail, it’s never happened before, and they get upset,” he explained.

The discussion of political correctness taking over schools is not a new one in Australia with one primary school in Sydney making headlines back in August after deciding to ditch conventional tests and instead opting for face-to-face interviews that assess qualities such as communication and body language.

Their decision received mixed responses with some claiming it is a “dumb measure which will produce dumb outcome” and others believing it’s an incredible idea.

What are your thoughts? Do you think schools are becoming too politically correct?