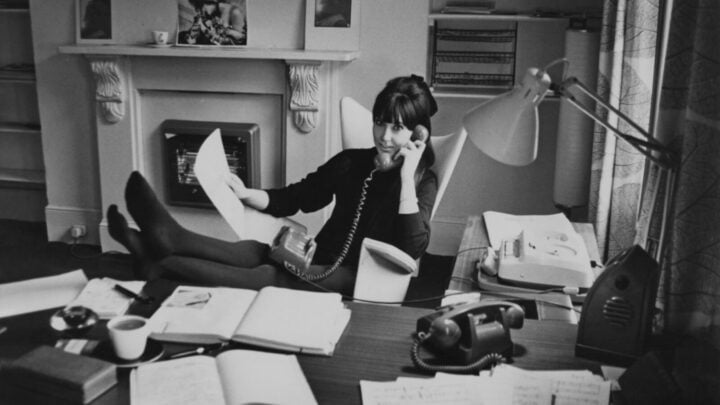 Women will retire with 36 per cent less super than their male counterparts. Source: Getty Images.

On International Women’s Day, one thing appeared clear – it doesn’t pay to be a woman in Australia when it comes to money.

New research that will be released this week by IndustrySuper Australia (ISA) analysed two decades of official Household, Income and Labour Dynamics in Australia data. It found that three-quarters of women were unlikely to retire having received a full 40 years of super contributions.

This was despite the fact, ISA said, that modelling used in the recent Retirement Income Review (RIR) assumed that all Australians received four decades of super contributions.  The result? Big overestimates in the super balances held at retirement, ISA explained, because the 40-year assumption didn’t take into account women were more likely to work in lower-paid roles and industries, to have periods out of the workforce to provide unpaid care for family members and to have periods of part-time or casual work. It also didn’t take into consideration that some women were paid less than men for equivalent work.

Super sucks for many women

A recent retirement survey, commissioned by ISA, found that on average women actually spent 12 years less in the full-time workforce than men, and that this time away from work had a dramatic impact on their super balance at retirement.

An analysis by ISA of the Australian Taxation Office’s data on median super balances showed that women had lower super balances than men at every stage of life and end up retiring with 36 per cent less money in super than men. According to a 2016 Senate report, one in three women retired with no super savings at all.

“Modelling based on wrong assumptions has real life ramifications, some wish to use the Retirement Income Review’s findings to cut super for millions who otherwise wouldn’t save enough for retirement,” ISA deputy CEO Matt Linden said, in reference to discussion on whether the government will go ahead with the promised super guarantee increase from 9.5 per cent to 12 per cent.

“This would be a terrible outcome as a more realistic working life pattern shows the current super rate is not adequate for most women to fund a secure retirement.”

Mandatory super contributions by employers – the so-called super guarantee – were due rise from 9.5 per cent to 10 per cent in July, and to 12 per cent by July 2025. But there has been pushback from business groups on the expected increase, with some complaining that companies could ill-afford the additional cost in the wake of the Covid-19 economic downturn.

Experts, such as those at actuarial consultancy Rice Warner, reckon the super guarantee is integral to improving women’s retirement incomes.

Rice Warner said on Monday that while structural changes to Australia’s retirement income system were unlikely to address the causes of women’s poorer outcomes from super, largely because there are entrenched differences in the working patterns of men and woman, super could help mitigate the issue. For example, additional super guarantee contributions could be made on behalf of younger women, which would help over time close the retirement income gender gap, Rice Warner suggested. A decision by the government to pay super guarantee contributions for full-time carers could also help, it added.

ISA strategic engagement director Gemma Pinnell, meanwhile, highlighted the need to abolish the $450-a-month threshold under which employers were not required to make super contributions on behalf of workers. This threshold impacted woman in particular because they were far more likely than men to have multiple part-time jobs, with earnings from each job of less than $450 a month.

“Until we fix inequities in the super system, like the outdated $450 threshold, we will continue to see women retiring with balances that are persistently lower than men,” Pinnell said.

Rice Warner, however, was pessimistic about the likelihood of the government acting on recommendations to improve women’s retirement incomes. The consultancy pointed out that four years ago, the Senate Economics Reference Committee released a report on achieving economic security for women in retirement, in which 19 recommendations were made to alleviate some of the structural issues that reduced women’s super savings. Most of those recommendations have been ignored by the Coalition government, Rice Warner noted.

These reports weren’t the only ones pointing out the tougher financial lot of Aussie women on International Women’s Day either.

New Finder research showed that women weren’t just stung by the retirement income system; they also spent more on similar products and had less cash, despite being more responsible with their money.  The research found that women on average had $21,398 in savings in comparison to $36,851 for their male counterparts, and had significantly higher levels of financial stress than men, with 76 per cent of those surveyed saying they were stressed by their finances, compared to 68 per cent of men.

The Finder research found that women spent $679 more a year on average than men across a range of products and services including income protection, contraception, feminine hygiene products and personal care products.

“Women are still bearing the brunt of ‘gender premium’ pricing, which sees them spending more than men on a range of products,” Finder’s senior editor Sarah Megginson said. “The fact that women are earning less, yet are expected to pay more for these basic items is baffling.”

Meanwhile, the Grattan Institute found that women were more negatively impacted by Covid-19 than men; women picked up the lion’s share of the increase in unpaid work created by the pandemic, such as home-schooling children, possibly because there are more likely to have lost their job than their male counterpart. Females were also less likely to receive Covid-19-related government support, because JobKeeper excluded casual employees, who are more typically women.

The think tank pointed out a glaring inequality in the way the male-dominated construction industry was aided during Covid-19, compared to the female-dominated hospitality industry.

Danielle Wood, Grattan Institute CEO and lead author of the research, said policymakers hadn’t taken into account the fact that sectors that employed majority-female workforces needed as much assistance in modern times as those that had male-heavy workforces.

“Women now make up almost half the workforce, and they are overwhelmingly employed in the industries that were hit hardest by the government-imposed lockdowns, such as hospitality, tourism, and higher education,” she said. “Australia needs a new recession playbook, so women aren’t overlooked or forced to fall further behind.”

Do worry about your super balance in retirement? Would you like to see changes to the system for the next generation of women in the workforce?