We need to talk about: Bitcoin 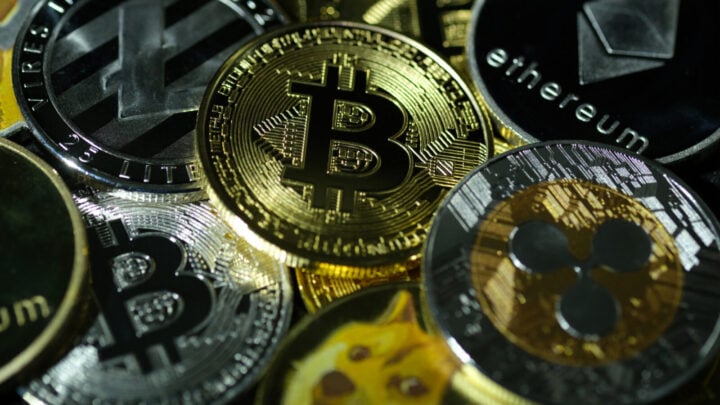 The bitcoin blockchain is the most secure computer network in the world. Source: Getty

You might’ve noticed a lot of excitement recently about something called Dogecoin. It’s a type of cryptocurrency that features the face of a cute Shiba Inu dog but is serious business, in that investors have made millions as Dogecoin’s value rose thousands of per cent in recent months. Plenty have lost millions too, because the currency’s value is extremely volatile. And still more have missed their chance to cash in, having lost or deleted the electronic wallets they stored their Dogecoins in.

Reading about Dogecoin might have piqued your interest in cryptocurrencies, and while you might be rightly nervous about jumping into the dogecoin market, you may want to know more about Bitcoin, the oldest and best-known cryptocurrency. (An interesting aside: Bitcoin is capitalised when being referred to as a concept, but is lowercase when being used to describe a unit of the currency. And you can say bitcoins or just bitcoin when you’re referring to multiple units of the currency.) Read on for an easy-to-understand introduction, including how to invest.

The first bitcoin, which is known by the acronym BTC, was issued to market on January 3, 2009, as part of a vision to create a system that allows users to transfer money anywhere in the world, over the internet and without needing a bank or government body as an intermediary or storage facility.

While you can buy bitcoin, it’s actually created by ‘mining’, except that mining in this context means using powerful computers to solve hugely complex maths problems. Each time a problem is solved, a new bitcoin is issued and added by the ‘miner’ to a digital accounting ledger called the bitcoin blockchain, which maps the entire history of every single bitcoin creation or transaction.

Since 2009, bitcoin’s use has rapidly expanded to the point where now more than US $1 trillion dollars’ (AU $1.3 trillion) worth of transactions are settled each year, which is each day getting closer to the number of transactions settled by long-standing financial systems Visa and Mastercard.

Bitcoin is even accepted by companies including PayPal and Tesla as payment in online transactions. And some companies buy the cryptocurrency to hold as a treasury asset because the trillions of new dollars printed around the world in the past 12 months as countries prop up their economies has meant cash has decreased in value even more quickly than usual. Plus, with investment returns on cash and bonds being relatively low, bitcoin has added appeal for companies wishing to hold treasury assets.

Why do people buy bitcoin?

Traditionally, bitcoin buyers used it as a payment technology, but more recently investors have been buying bitcoin because it also has a scare supply, similar to gold, and is an anti-inflationary asset. Investors see it as a way to invest their savings and avoid the hidden costs of inflation that impact traditional currencies such as the Australian dollar. Here’s how this typically works.

Buying bitcoin as an investment: Bitcoin is often purchased as an investment, as buyers are expecting the price to increase in the future. Bitcoin has been the best-performing global currency in the past decade and has an average yearly return of more than 150 per cent.

While some investors do speculate with short-term trading in the bitcoin market, more than 50 per cent of bitcoin investors haven’t transacted in the past 12 months, despite the recent price increases.

Buying bitcoin to diversify an investment portfolio: Global investment banks such as JP Morgan and Fidelity have recently spoken of bitcoin’s investment profile and how the returns it could deliver didn’t correlate with other assets such as property, equities and bonds.

How to buy bitcoin

The process of buying bitcoin is relatively simple. You can create an account on any of the major cryptocurrency exchanges. In fact, the major US-based exchange Coinbase just listed on the Nasdaq in April – that’s how mainstream bitcoin has become! In Australia, there are a few certified cryptocurrency exchanges, which you can see on the Blockchain Australia website, and these include CoinSpot, Independent Reserve and BTC Markets.

Once you’ve purchased bitcoin, you need to secure it by holding the bitcoin at an exchange or by withdrawing it to a secure wallet off-exchange.

Alternatively, you can buy bitcoin using a bitcoin fund such as the Grayscale Bitcoin Trust in the US or the DigitalX Bitcoin Fund in Australia (the latter is currently only open to wholesale investors. These investors have either $250,000 in annual income or $2.5 million of net assets). Doing so ensures your bitcoin are held using the most secure method, with the additional measures of having independent administration and trustees to oversee the fund’s activities.

How to avoid being scammed when buying bitcoin

In any market, investors should perform due diligence before making an investment decision. This is especially so for the cryptocurrency market because it’s a relatively new market with an evolving regulatory landscape.

Some of the more notable scams have seen websites falsely purporting that celebrities have endorsed a specific cryptocurrency. In short, if it looks too good to be true, that’s probably the case!

The easiest way to avoid being scammed is to talk to the experts. In the case of cryptocurrency, that means buying through a fund or using a certified exchange such as CoinSpot, Independent Reserve or BTC Markets. There’s no substitute for experience, and experts can assist with safely navigating this investment market. Additionally, some funds are insured, protecting you further from any potential loss.

Did you find this article helpful? Do you plan to buy Bitcoin in the near future?