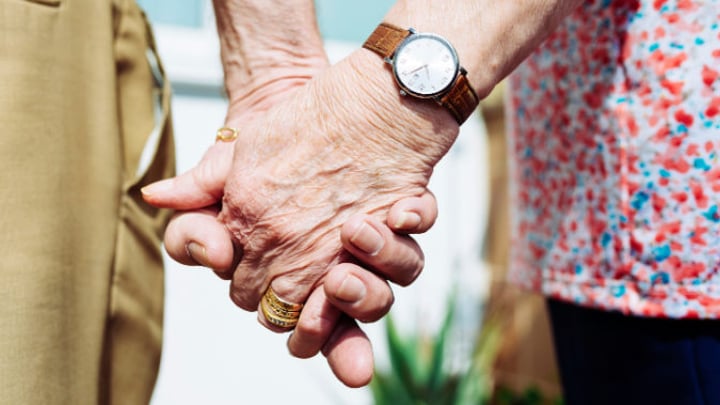 Aussies are finding themselves in all kinds of trouble with their wills after meeting a new love interest following the death of their partner. Source: Getty

Older Aussies are finding themselves in the midst of all kinds of legal drama after meeting a Ken or Barbie following the death of their spouse.

What is a Ken or Barbie you ask? According to the legal experts, it’s a term given to those who enter into a relationship with someone whose previous spouse has passed away.

Although it’s not a topic that’s spoken about in the media too often, the fact is many people find a new love interest after their husband or wife dies and this can sometimes lead to problems surrounding wills.

In many cases a husband and wife create mirror wills, bequeathing everything they own to each other and then to their children. But many fail to realise what would happen if one partner begins a new relationship after the other dies and changes their will completely, gifting their estate to their new love interest.

According to Queensland lawyer Brian Herd, it’s not an uncommon scenario and many families find themselves in the midst of fiery court battles to dispute the changes.

“The most common problem is consternation amongst the biological children,” he told Starts at 60. “Catch cries like ‘gold digger’ or as they are known in the social science space, ‘hypergamist’ are slung around. The family trauma can be exacerbated if the new partner also turns out to be of the same sex.

“The children will then form a posse to take on the pretender and will pursue all available legal options to overturn mum or dad’s late life epiphany.”

Herd said this can involve all sorts of legal techniques such as using an enduring power of attorney the children may have to control mum or dad’s life and finances, to applying to a special tribunal to have mum or dad declared ‘incapable’ of making their own decisions.

However, he added that the major drama unfolds after mum or dad dies, leaving the new partner as the surviving spouse.

“The children will then pursue legal proceedings to have mum or dad’s new will declared invalid as they didn’t know what they were doing at the time or they were the victim of undue influence,” Herd explained.

It’s for this reason Herd advises couples create a contract to make a will, where they agree that they will not change their will without the consent of the other person if they are still alive or, if not, the consent of the deceased spouse’s executor.

With this in place if one dies and the other does change their will without getting consent, the beneficiaries of the original will who miss out under the second will, can then go to court against the changer for breach of contract.

The conversation to create this document can be a tough one as not everyone is comfortable with the idea their partner could fall in love again after they die, but according to Herd it’s a smart idea.

“Blended families tend to jump at the opportunity particularly where they want to benefit both sides of the family, namely the children and the step children,” he explained.

“For the traditional long and only marriage the reactions of the possibility that one of them could change their will after the other is gone, can be one of three; they both say ‘don’t you worry about that, it won’t happen’, or they both turn to each other and say ‘you wouldn’t do that would you?’, or one of them (usually the woman) looks straight at me and says, ‘who would want him’.

“The reality is, however, that most of us will become single again in later life and the upshot of this cannot be predicted.”

Do you and your partner have mirror wills? Have you thought about creating a contract to make a will?