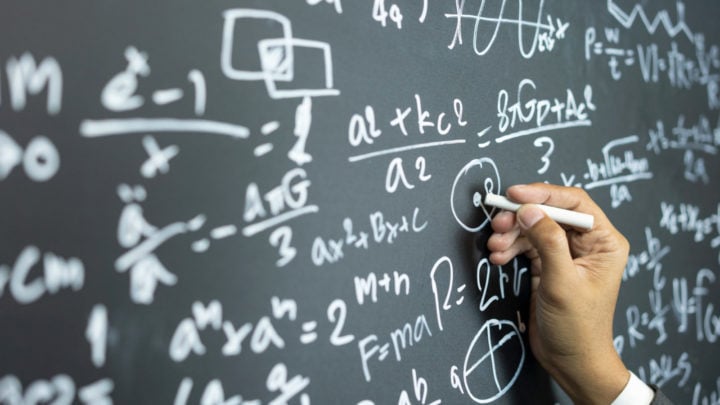 Compounding can be used to predict the worst case scenario. Source: Getty.

Let’s start with a story that illustrates how compounding works.

The story is about two brothers from a wealthy family. When the father died, his will offered his sons a choice of $50 million in cash immediately, or receiving their inheritance in instalments of one dollar on the first day of the month, two dollars on the second day of the month, four dollars on the third day, with the doubling continuing until day 31. The first son short-sightedly grabbed his $50 million. But the second son, who understood compounding, opted for the instalment inheritance.

That is how numbers compound. The last figure is always higher than the sum of all the previous doubles.

If we translate that to the spread of Covid-19, we can take the current Australian figure of around 4,000 people known to be infected, and apply our most conservative estimate of natural increase, 10 per cent a day. At this rate the infection number will double every eight days. So, in two months – at the end of May – the number of people infected will have grown to 1.02 million, and in two more months – the end of July – our entire population of 26 million Australians will have been infected. These numbers are frightening, but the maths doesn’t lie.

It’s even more scary in America. They currently have around 80,000 infections, doubling every three days. If that rate keeps up, there will be four million Americans infected within just three weeks.

Now think about the effect of compounding on hospitals. At the same time, hospital staff are coming down sick, the hospitals themselves will be running out of beds. Hospitals are not designed to cope with the entire population at once. So if you, or someone you love, are one of the unlucky ones who needs 10 days of intensive care to survive a Covid-19 infection, the fewer people sick at any one time, the better your chances.

The only way we can change the outcome is to slow down the rate of increase. This is the aim of all the social distancing measures being brought in. And in spite of the drastic changes, you can expect that for some time to come, every night the television news will tell us that infections have set a new record. That doesn’t mean that the changes are not working, just that it takes time to see the compounding effect.

The message is clear: difficult though it may be, we need to heed the government warnings and practise social distancing or self-isolation. This is the only way we can keep ourselves and others free from Covid-19. The more we slow down the rate of infection, the fewer deaths there will be.

Just this week, the ABC told us that a loss of taste and smell is often the first indication that you may be infected. If you have a strong immune system, that may be your only hint that you’ve caught the virus. It’s up to all of us to take that on board, and practise social distancing as if we are already sick.

Are you practicing social distancing?