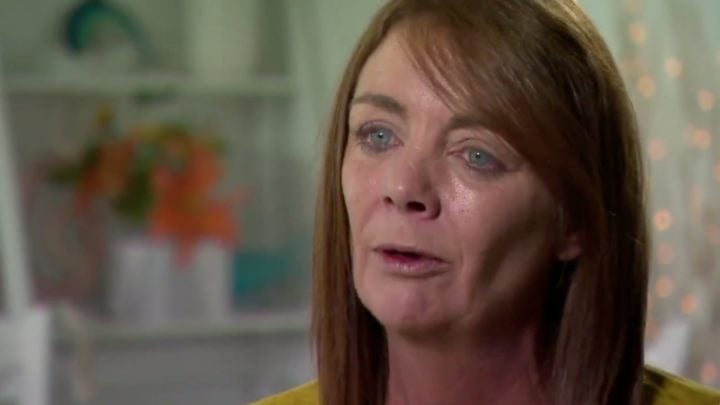 Kath Madgwick on the welfare agency to change the way it treats vulnerable people after her son killed himself. Source: Twitter - A Current Affair

A distraught mother has hit out at Centrelink in a tearful rant calling on the welfare agency to change the way it treats vulnerable people after her son killed himself. Jarrad Madgwick, 22, died on May 30, the same day he was told his Newstart claim had been rejected and was billed $2,000 as part of its controversial robodebt scheme.

His mother Kath has now spoken out, claiming she believes her son’s death was triggered by the debt notice, revealing her son was already in a vulnerable state after he quit his job and moved back home. “That’s enough to put so much stress on already vulnerable people in a bad situation,” the mother told A Current Affair on Wednesday night.

She continued: “He was already disappointed in himself – but that was the, the straw that broke the camel’s back. [The] system is all wrong. They’re hurting the people that need these services.”

The debt claim was allegedly generated as part of Centrelink’s heavily criticised robodebt scheme, which matches income data from the Australian Tax Office (ATO) with welfare payments reported to the government agency.

Read more: Is Newstart too low? How it compares to unemployment benefits in other countries

Opposition leader Anthony Albanese also criticised the government’s controversial robodebt scheme, telling A Current Affair: “Many people who are vulnerable in these circumstances would just pay the debt even though it mightn’t even be owed. And that’s the concern here, is that there’s no human-to-human contact or interaction in this process.

“They need to engage people in this process and not simply do it through a computerised system that pretends that it’s not dealing with real people who are vulnerable at a difficult time in their lives and treat them essentially just like numbers.”

Meanwhile, it comes after a woman opened up about her own isolating experience with Australia’s welfare system on the ABC’s Q&A program last week, revealing it has been the “worst time of her life”. Making an emotional speech during last week’s episode, Ricci Bartels said she was forced onto Newstart at the age of 62 after being made redundant.

“I have paid taxes for 46 years… I’ve worked 20 years in the private sector and 26 years in the public sector for a not-for-profit community service,” she explained. “I was forced on to Newstart at the age of 62 through change of management and subsequent retrenchment.”

However, the woman went on to say she has been unable to find a job since starting on the welfare system, adding: “I’ve experienced Newstart for three years, JobActive left me to my own devices. I could not find a job no matter how hard I tried.”

She continued: “To put it in a nutshell it [being on Newstart] is the worst time of my life, the loss of dignity, the loss of friends because you can’t go out, you can’t socialise, not eating proper foods even though I suffer various ailments, looking for a job applying for a job, not getting the job.”

The current rate of Newstart sits at $277.85 per week, which works out at just under $40 per day. And, unlike other countries, the allowance is paid at a set rate, regardless of individual circumstances or what people may have been earning prior to finding themselves out of work.

Do you think the mother is right to criticise the government agency? Have you, or anyone you know, been stung by the robodebt scheme?