Off the hook! Pensioners exempt from Labor’s new tax 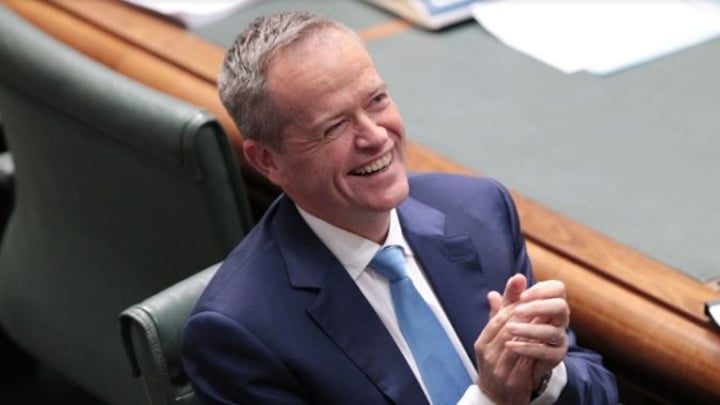 Labor is doing everything to get their tax law passed. Source: Getty

It looks like Labor has had a change of heart when it comes to pensioners and its proposed tax.

Sky News has exclusively reported that the Labor Party will exclude all pensioners from its tax grab on super funds and investors.

Last week, Labor revealed plans remove the refunds available on imputation credits for people who don’t pay tax. At the time, the plan included everyone from the super-wealthy who have many specially designed tax-minimisation schemes at their disposal, to pensioners who receive so little income that they don’t meet tax thresholds and even self-funded retirees who have already paid tax on their savings.

Labor initially said the new policy was designed to prevent the government having to give refunds to people who are hugely asset-rich or using tax-minimisation schemes, although many, including Prime Minister Malcolm Turnbull, expressed their concern that the plan would actually target pensioners, part-pensioners and self-funded retirees who planned their retirement incomes around being able to receive cash back from their credits on shares in Aussie companies.

However, on Monday morning, Opposition leader Bill Shorten reportedly backflipped and decided the best way to handle backlash against the plan was to to exclude all pensioners from the tax policy. It’s believed the exemption will include the 14,000 full pensioners that would have been impacted by the changes, as well as 237,000 additional part-pensioners.

The Labor Party hinted over the past week that it would make changes to the policy, bringing relief to the hundreds of thousands of pensioners. The proposed change still needs to go to the Shadow cabinet for a vote on Tuesday.

Labor had considered making several changes in regards to pensioners, including the possibility of boosting the pension and introducing caps when it came to the tax. The news comes on the heels of the latest Newspoll, with Labor ahead of the Coalition 39-37 per cent, on a two-party preferred vote.

The Liberal Party last week released a campaign that implied Bill Shorten and the Labor Party were unfairly targeting pensioners with the new tax plans. Ahead of Labor’s announcement on Monday, Turnbull hit out at the party and claimed the tax plan would cost pensioners between 15 and 20 per cent of their income, a tax that the PM described as “massive”.

He also said that some pensioners would be required to give up health insurance to cover the costs.

What do you think? Do you feel better knowing that pensioners will be exempt of the proposed tax, or does it still worry you?