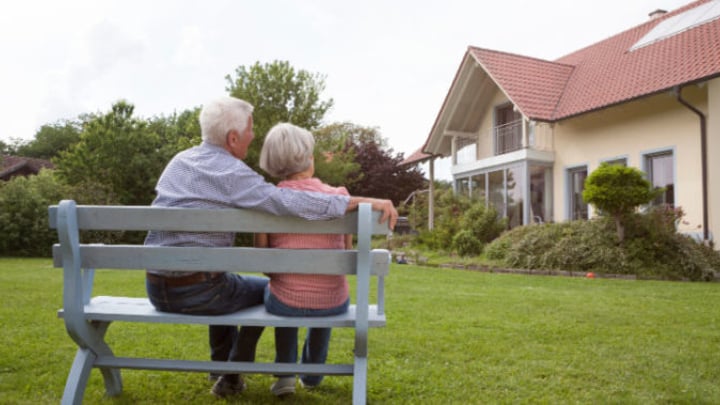 Your principal home and surrounding land up to 2 hectares is exempt from the assets test. Source: Getty.

When it comes to applying for the Age Pension there are many things that would-be pensioners need to consider when filing their paperwork, including which assets need to declared and which are exempt from assessment.

There are a long list of assets that need to be declared, ranging from property and business interests to personal items such as jewellery and computers, as well as privately owned vehicles, including cars, boats, caravans and motorhomes.

Read more: Explained: How much you can earn before losing your Age Pension.

The Department of Human Services outlines the assets test limits on its website, with the amounts having been updated in July.

For couples in receipt of the full pension, homeowners can have combined assets worth $387,500 while the limit for non-homeowners is $594,500 before it impacts upon their Age Pension payments.

The assets test limits increase for those on a part pension, however those in possession of assets valued over the stated amount have their pension payments stopped rather than reduced. Individuals can have assets worth up to $564,000 (homeowner) and retain their part pension, or $771,000 for those who do not own their own property.

However, there are also a number of assets that the government does not take into account when valuing the total worth of any assets, including your main home and any surrounding land up to two hectares. Property or money bequeathed to you as part of an estate, which you cannot access for 12 months, is also exempt, as is any money received through the NDIS, along with aids for those with disabilities.

Prepaid funerals, cemetery plots, accommodation bonds paid to aged care facilities and superannuation payments, from which a pension is not being paid, are also exempt from assessment and do not need to be declared.

Did you have any issues applying for the Age Pension? Were you clear about which assets you needed to declare?