Your grandchild’s birth: The feelings, the memories 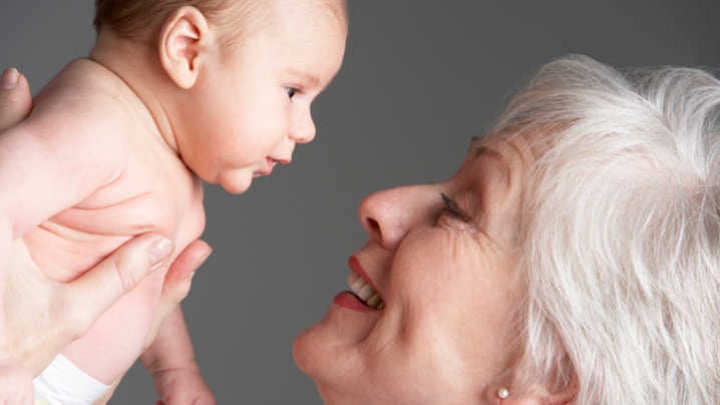 Grandmothers who do not live near their children usually have to wait for the news of the birth of a grandchild. But those who live nearby can find themselves very involved. Some play an unexpectedly important role:

Near her due date, she couldn’t feel the baby move. I took her to the hospital – his heartbeat kept dropping and they were quite concerned and booked her in for the next day. By 11 the following night, it still hadn’t happened. I knew from the readings that it was not right, and asked the nurse why was the baby’s heart dropping? She went right away to get the doctor, who said she needed an emergency caesarean. If I hadn’t taken her to the hospital the night before, I would not have known whether that was low or high. I wouldn’t have taken any notice.

It was really scary in the caesarean room, there were just so many people. All of a sudden, you see this baby come up in the air – but there was no sound. The nurses were putting little tubes in him and pumping him and I was panicking – he’s not crying, he’s just laying there. My daughter’s putting her hands out to me and saying, ‘What’s happening?’ Then suddenly, they picked him up, did a few turns and he gave out a big scream. We found out later that she’d had Pethidine and it will put a baby to sleep.

We got to the hospital and they said we had to wait in a waiting room, she was getting quite bad by then, but she’d only been in labour for about two hours – because it was her first, they thought she was going to be a long time. She started being sick, in front of all the people, and I lost my rag, and said, ‘I think she should be somewhere a bit private.’

They examined her and she was ready to go. After that, it was just go, go, go – so quick, she was only four hours. I was able to stay in the delivery room until the morning. We all stayed, that was lovely. None of us had any sleep.

And one tells how she found herself delivering the baby:

My son’s partner asked me if I would be there, because her mother couldn’t. They had discussed it and decided they would like for me to be there. I felt very honoured – I’d never been at a birth other than my own giving birth, so I was thrilled. Waiting was difficult, just being there for all those hours and not really knowing how involved to be – when to stand back, when to come forward. I wondered if she felt it was a mistake to have me there, because I was kind of standing there, not knowing how do I contribute to this, but not intrude.

Right at the end, I was on the floor with the midwife and my son’s partner was kind of squatting and he was behind her, holding her and the midwife said, ‘Come on, Granny. You’re going to deliver your grandchild.’ And the partner was saying, ‘Come on.’ and it was so lovely.

It was an amazing honour. The midwife was with me, holding my wrists firmly, because they were slightly shaking – it was absolutely incredible. My granddaughter came out, I took her in my hands and I gave her to my son’s partner and my son. Absolutely wonderful.

The difference between daughters and sons emerges again here:

It was me, her mum and my son at the hospital. It was my grandchild going to be born, but it was a different being my son’s partner, because she was crying for her mum, whereas when it was my daughters, they were crying for me. When you’re in pain you want your mum.

Once the baby was born, they let me wash and dress the baby and I put her in her first babygro. It feels important to be the first one that’s dressed them. Her mum was with her, she was needing her mum. So, I got the baby.

Some women find that they are not as helpful as they might have expected:

During the early stages of labour, I was very good at supporting her and doing the right things. But as soon as the midwife came in – and therefore somebody else became responsible – I completely went to pieces. If I could’ve paced up and down the corridor and smoked 16 packets of fags, I would have done.

I more or less sat in a chair and whimpered ‘Oh, no, oh, no.’ Which is strange because, beforehand, I thought that I would always be there for her when she needed me. It was just total meltdown. There were things about me that I didn’t know. Happily, her sister turned up and took over as helpmate through labour.

It’s a terrible thing to witness your child, your most treasured person, in such pain. And there is an element of serious risk. So seeing her going through the painful contractions was quite harrowing and there was massive anxiety in case something went wrong. You don’t know what condition the baby’s going to be in, you don’t know what condition the mother’s going to be in. And when it’s your own – just don’t be there, it’s awful, really awful.

The second time, we all agreed that I stay at home. I looked after the first one, my other daughter went with them and his mum was close by. I saw her the next morning. It was lovely – my lovely daughter sitting up in bed, perfectly all right with this brand-new, gorgeous baby. It was a huge relief. I was really grateful that I’d been spared the anxiety of being there.

And some feel a bit excluded from the process:

At the last minute, my daughter’s husband persuaded her to have a caesarean. I found that absolutely shocking – I had been preparing her for a natural birth and I felt cheated. While we were all waiting, he was very intrusive – in every step, he was there to tell me to shut up.

I wasn’t present at the delivery. He was absolutely territorial about the whole thing, protecting the room and my daughter and saying it was only him that would be present during the birth. I thought how much have I been robbed of my pleasure seeing my daughter give birth? I felt absolutely dismissed.

Seeing the baby for the first time

For grandparents, as well as parents, this is a time of heightened emotion:

It was lovely. I didn’t actually cry, but I did feel really overwhelmed and it was much more of a feeling than I had anticipated. When you’ve just had your own child, you’re a little bit involved in delivering the baby, whereas it was just like a present. And he looked lovely because he didn’t have any marks on his face, so he looked very handsome.

It is blissful and hugely surprising. When I first held my own daughter, it was a real shock. I thought I would get a blank piece of paper that you would write on. But when she came out, she took one look at me and I thought, oh my God, it’s a complete stranger, this is somebody I don’t know. And when I first held my little granddaughter, I thought, here we go again – here’s another one. There’s a whole new person. And that was a huge delight.

My son rang me in the middle of the night, when they were on their way to the hospital, and I asked if they wanted me to come, but he said no. I think they wanted to be just together and that was fine. The next morning, he phoned, ‘It’s a little girl, mum, she’s really beautiful’, I couldn’t believe it.

I was a librarian and you should be quiet in the library, but I just said loudly, ‘No, really!’ I was just jumping up and down and I had to go outside. We were so pleased.

And this is a moment when the fact of being a grandmother finally hits home:

A message came through to me at work telling me that the baby was born, and I went straight to the hospital. I had to ring a bell and somebody asked me who I was and I remember saying, ‘I’m the grandmother – so let me in.’   I felt they couldn’t possibly leave me at the door! I had some rights.

Do you have a story to share about your grandchildren’s birth? What did you feel? 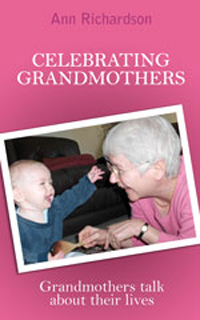 This is an excerpt from Celebrating Grandmothers by Ann Richardson, available here or Kindle version via Amazon.