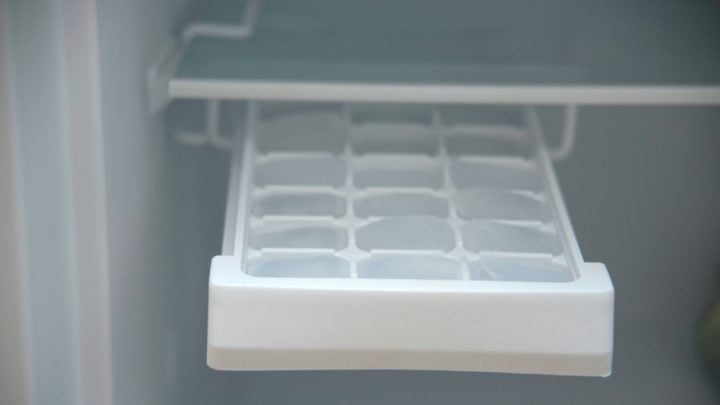 Here's how you're really meant to fill an ice cube tray. Source: Getty.

Turns out, most of us may have have been filling ice cube trays incorrectly our whole lives. One savvy TikTok user has revealed how you’re really meant to fill up an ice cube tray without splashing water everywhere — and, as it turns out, the flat bits between the cubes are there for a reason.

The woman who goes by the name ‘Brittnaenae’ on the new teen app, which allows users to share videos, said all you need to do is run the water over the flat spot on the ice cube tray and watch the four cubes that it is connected to fill up. Once those are full you can move down the line to the next flat spot, and so on until the tray is full.

“Am I just dumb?” she said in the video, which has been viewed more than four million times since it was shared earlier this month. “Or did nobody else know this either? These little flat spots on ice cube trays are where you’re supposed to fill the water.”

And she was not alone, as other TikTok users commented they couldn’t believe they hadn’t realised this soon either.

“I was today years old when I learned this,” one user wrote. While another added: “Not in all my 40 years did I know this? What the hell!” And a third wrote: “I literally did not know this… I thought it was to help you pick the ice cubes out LOL.”

TikTok has become known for its clever hacks lately. Starts at 60 recently shared a cleaning hack for your microwave. According to TikTok user Mama Mila, all you need is one cup of water and one teaspoon of dishwasher detergent. To get started, simply mix the two ingredients together in a jug.

Then pop the jug inside the microwave for four minutes. Why? As the liquid boils it condenses on the sides of the microwave, loosening gunk and dissolving food splatters. Then wipe down the inside with a clean cloth starting with the ceiling and sides — you’ll be surprised with how easy the grimes comes off! If your microwave has a turntable, lift it out and wipe clean.

What are your thoughts on this hack? Did you know this?