How to spot fake foods at the supermarket 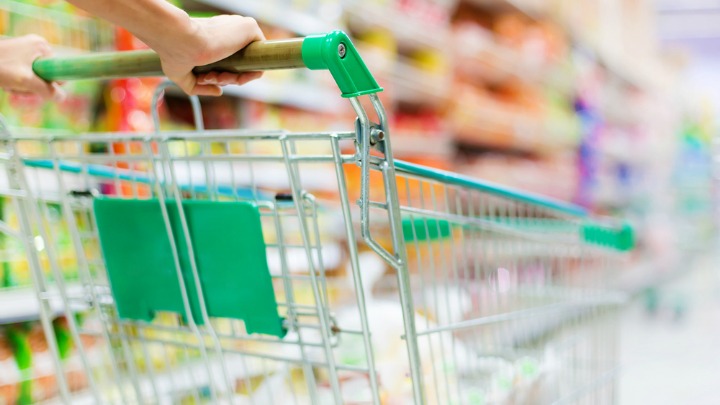 You’d think that with all the regulations and rules in place you’d be able to make a pretty safe bet on the items you put into your shopping trolly every week.

Well it turns out that isn’t so! Some of foods on our shelves are actually fakes filled with cheap substitutes to try to replicate authentic flavour or bulk out the product.

What’s even more disappointing is that a lot of these products go for a premium price all the while ripping off shoppers.

Here are some of the most common offenders when it comes to faking it and how you can avoid buying a dud.

Parmesan Cheese
Parmesan cheese is never cheap, so you’d think for those prices you’d be getting the real deal. Apparently not. A number of brands around the world have been caught out selling ‘100 per cent real’ Parmesan with fillers like wood pulp cellulose and cheap cheddar. To ensure you always get an authentic parmesan, experts say you should always buy a wedge at the deli counter cut from the wheel marked Parmigiano-Reggiano on the rind. Parmigiano-Reggiano is a legally protected designation of origin that’s used in Europe only for Italian cheese. This way you always get the best product with the best ingredients.

Olive oil
Another grand offender is olive oil — or more precisely, dodgy suppliers of olive oil. Brands such as Bertolli, Carapelli, Colavita, Star, Pompeian have all failed to meet International Olive Council standards in the past due to mislabelling or substituting other oils instead of olive. Some brands were found to be selling olive oils that were mixed with cheaper vegetable or seed oils, with Lifehacker reporting it only takes a little sunflower oil, a few drops of chlorophyll, and a dash of beta-carotene is it all it takes to make a passable fake.

Experts also suggest checking the label for a seal of approval from the location it was bottled as well as the harvest date. Bottles without harvest dates could be from old batches suppliers are trying to shift or could be straight up fakes.

Spices
Since spices can sell for top dollar there’s a lot at stake for suppliers trying to make the most out of their profit margins. In the past, some imported ground spices have been proven to contain cheap ingredients instead. Saffron has been found to have dried safflowers, dyed onions and turmeric instead of the authentic (and expensive) saffron. Ground black pepper has been found to contain ground papaya seeds, buckwheat flower, and black pepper plant stems, while paprika imported from Hungary has been cut with white pepper, curuma, and even brick powder in the past.

The best way to avoid bringing home a fake is to by spices in their whole form instead. You can easily pour whole peppercorns into your grinder at home, while expensive items like saffron thankfully last for a while when sealed and stored properly. If you do want the ground stuff, make sure you skip the really cheap stuff (it’s too good to be true) and avoid online bulk sellers.

Honey
It’s such a common and natural product so you’d think honey would be a safe bet… It turns out though that some brands mix in cheap fillers like corn syrup and rice sugar to cut down on costs. Other brands of honey sold in Australia are imported from countries with lax food laws meaning they might not be pure and of the quality standards we expect here.

The easiest way to test if your honey is the real deal or not is to drop a teaspoon into a glass of water and see if it sinks to the bottom in a nice little blob. If it dissolves in the water without mixing, it’s most likely a fake.

Fish and seafood
Fish is one of the biggest victims out there when it comes to fakes. It’s estimated that a whopping 70 per cent of fish sold in Australia is imported and not properly labelled, meaning Aussies are getting well and truely ripped off. Since it’s so difficult to tell if the fish you’re buying is real or not (unless you get to see the whole fish before it’s filleted) there’s a good chance you’ve been sold the wrong fish in the past.

While it can be difficult to spot a fake, the best way to avoid it is to shop with a fish monger you trust. Ask them questions about the product you’re buying – they should be able to tell you everything about the fish, where it came from and what to do with it. The same goes for ordering fish when you’re eating out. Order it at restaurants your trust with a good reputation who aren’t going to take you for a ride.

Are you surprised some of these products are often dodgy? Do you check the labels before you buy at the supermarket?